our posters for jane schoenbrun’s debut feature film we’re all going to the world’s fair and alexandra stergiou’s hybrid documentary the act of coming out have been selected by adrian curry to be amongst his 10 best movie posters of 2022. adrian wrote the following text for his mubi notebook column to justify his thinking in this regard:

“The posters in my list this year are those that do what any poster worth its salt should do: they stopped me in my tracks. These days those tracks are less and less likely to be along a city street or even inside the lobby of a multiplex and more likely to be on a virtual stroll (or scroll) through a streaming service or social media feed. The received wisdom is that this will result in a dumbing down of poster design, leading to work that is less complex and easier to take in in a one-inch high thumbnail. In other words, more big heads. But the 30 posters below, most of which I likely saw first on a phone screen, give the lie to that doomsday prediction. They are posters that not only work on first glance but reward repeated viewing. In other words, you could hang them on your wall. One footnote: there are a lot of pairs in this year’s collection, partly because I couldn’t fit all my favorites into a top ten, partly because I love graphic coincidences, and partly because two of a kind is sometimes better than one.”

“Another designer I have interviewed recently is Caspar Newbolt of Version Industries who, as I said back in July, has for the past ten years been stealthily creating some of the most adventurous, expressive, and unusual film posters out there. It was this beautiful and unique poster for the short film The Act of Coming Out that prompted me to contact him, but his deceptively lo-fi design for the online horror movie We’re All Going to the World’s Fair is also one of the year’s very best, especially in its motion version in which the design comes eerily to life.”

you can read the rest of the article here. a huge thank you again to adrian curry and to everyone at MUBI for the continued support.

our poster for alexandra stergiou’s hybrid documentary, the act of coming out, was selected as MUBI’s movie poster of the week today. to accompany the selection caspar was interviewed by adrian curry about the making of the poster. you can read an excerpt from the interview here:

NOTEBOOK: As with A Confucian Confusion, your poster feels as if you should be able to step back from it and a face will start to appear, but only a very vague sense of a face forms. Is there an actual face in there or is it a multitude of faces mashed together?

NEWBOLT: There is an actual face there but much like standing very close to a large painting by Seurat, when you are close to the poster you end up seeing only a cloud of colors and thus having the vaguest sense of a face or a multitude of faces as a result. That said if you squint your eyes, even close up, you’ll see the face much more clearly.

It will perhaps remind people of that famous scene in John Hughes’s Ferris Bueller’s Day Off (1986) where they visit Chicago’s Art Institute and Cameron Frye ends up transfixed in front of Seurat’s painting, A Sunday Afternoon on the Island of La Grande Jatte (1886). The picture was painted exactly 100 years before the Hughes film came out, and this particular scene in the film hit me very hard when I first saw it.

I am the son of two painters and grew up in museums and art galleries around the world. I knew every word of Ferris Bueller’s Day Off by heart by the time I was 14, inspired largely I’m sure by this moment Cameron has with the Seurat. I myself had stared in just such a way at just so many paintings as a kid. I love that in the director’s commentary for the film John Hughes describes Seurat’s pointillistic painting style as being like filmmaking, in that: “You’re very very close to it. You don’t have any idea what you’ve made until you step back from it.” (You can see the scene and hear Hughes’ commentary here.)

It was important to Alexandra and I that, because of the film’s narrative, you could not clearly tell the gender or ethnicity of the person in the poster. The film presents a series of queer and trans actors of various ethnicities exploring what Alexandra describes as “the never ending process of coming out,” and if you look at the LGBTQ flag you can better appreciate the color field we created for the poster. We strove therefore to create an image of a person with a visage comprised of these many shifting colors.

you can read the rest of the interview here. a huge thank you again to adrian curry and to everyone at MUBI for the continued support. 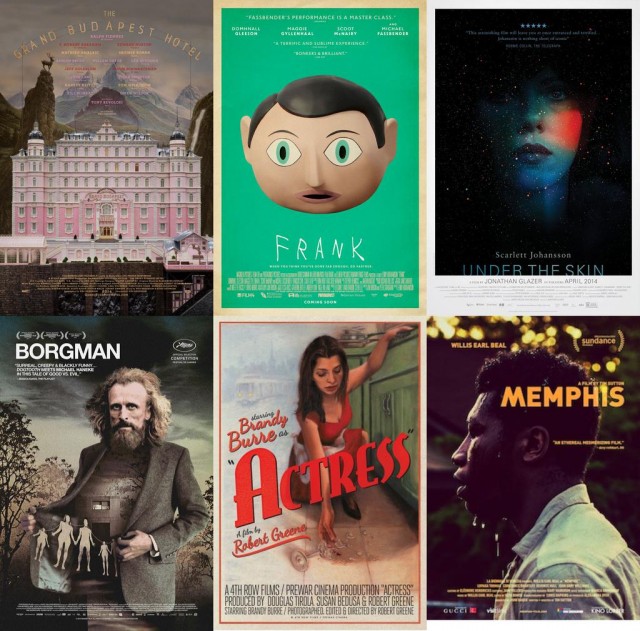 MUBI and slate have put together a list of their best film posters of 2014. we’re honoured to say that our poster for memphis came in 7th place, and must again thank adrian curry who put the list together for the recognition. it goes without saying that such an accolade would have been impossible without the belief and support of tim sutton and the rest of the film’s crew. it’s not often that a relationship of this kind allows such a level of artistic freedom, and furthermore that this is one particular collaboration that’s only just getting started. 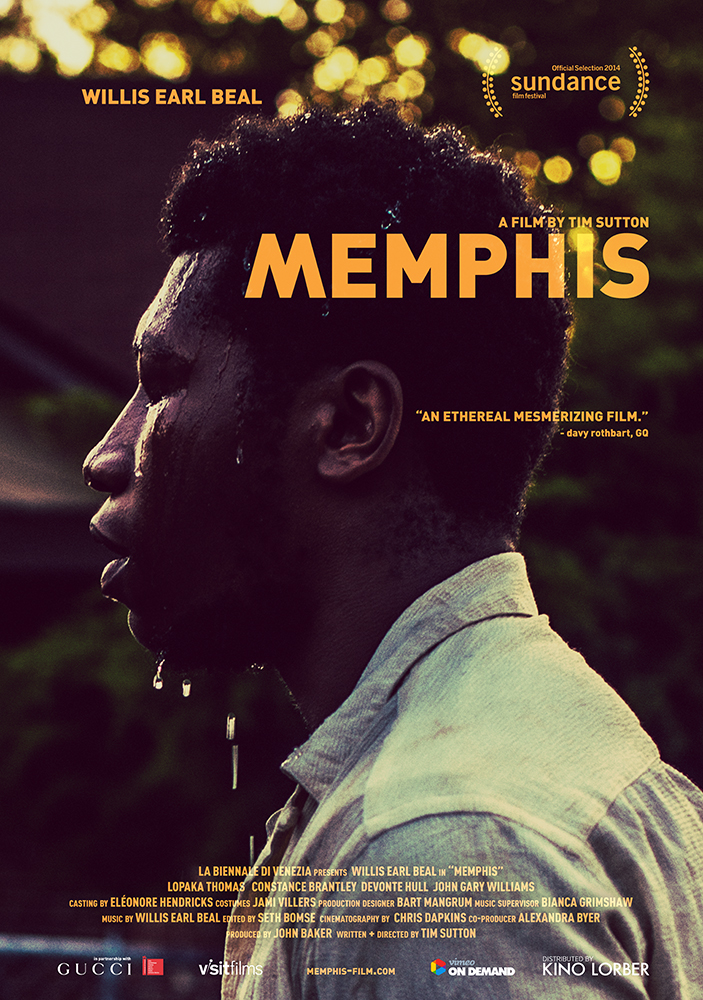 our poster for tim sutton’s memphis was kindly selected as movie poster of the day by adrian curry on his blog of the same name. adrian writes for film comment, MUBI and is the design director for zeitgeist films. we’re thrilled to have made the cut. thank you, adrian.