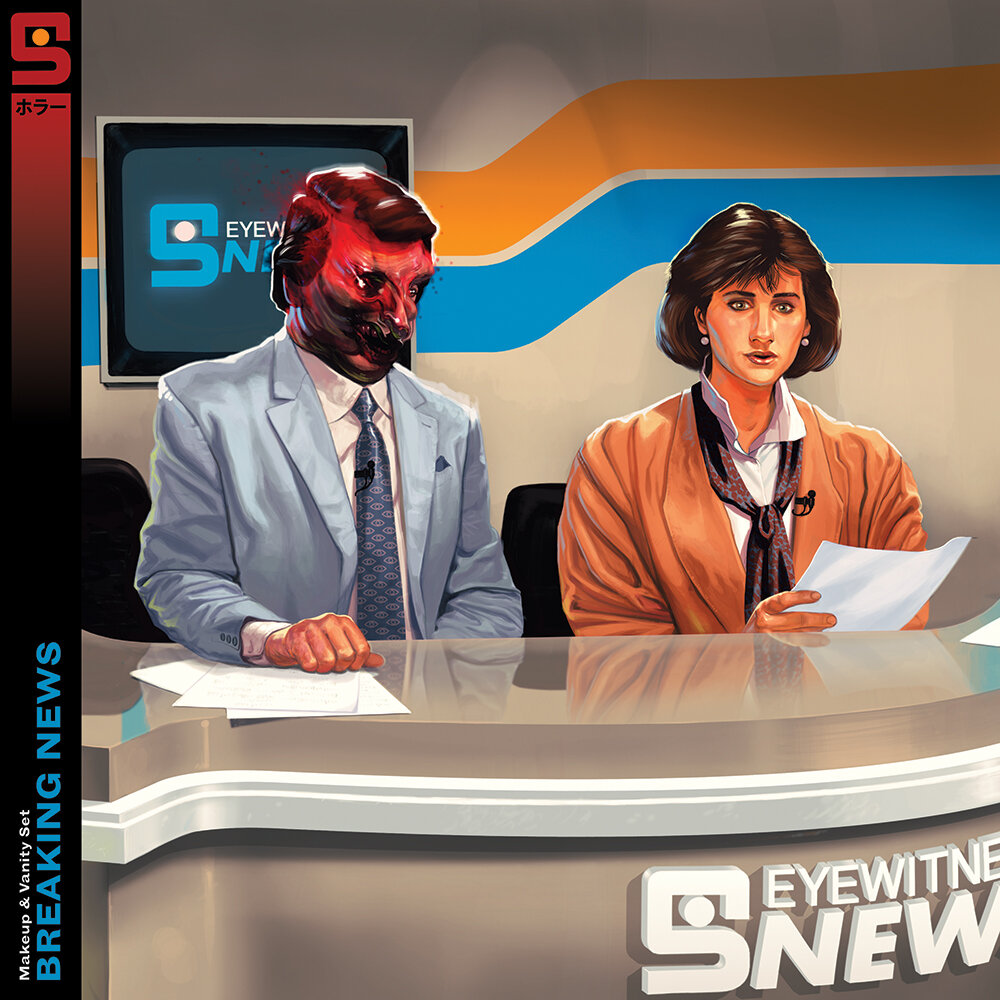 record sleeve for the nashville-based band, makeup and vanity set.
'breaking news' is the 4th record in a series of imaginary soundtrack albums by matthew pusti, AKA makeup and vanity set. it is the first record in a start of a new trilogy, but a part of a larger series under the name 'charles park'. the narrative of this record is based more around a criticism of the american news media. based on a short plot synopsis from matt, long-standing collaborator john delucca and i set to work on creating a cover that we felt set the tone of the movie inside matt's head. the result of that work you can see here.
makeupandvanityset.com