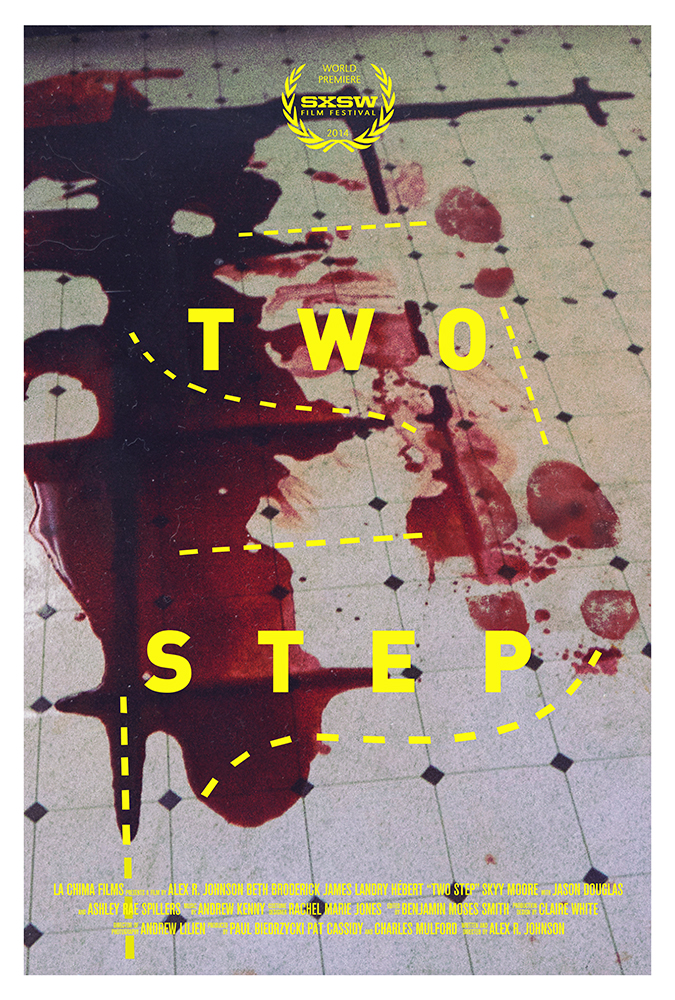 film poster for the feature film, two step.
long-time fans of alex johnson's film work, we were delighted to be asked to do a poster for his debut feature. set in austin texas, this thriller takes queues from the cohen brothers and pulls no punches. we all agreed from an early stage that some kind of brutal 'dance of death' diagram might be apt. the result makes good use of a casual, behind the scenes photo that their production team had kicking around.
twostepfilm.com