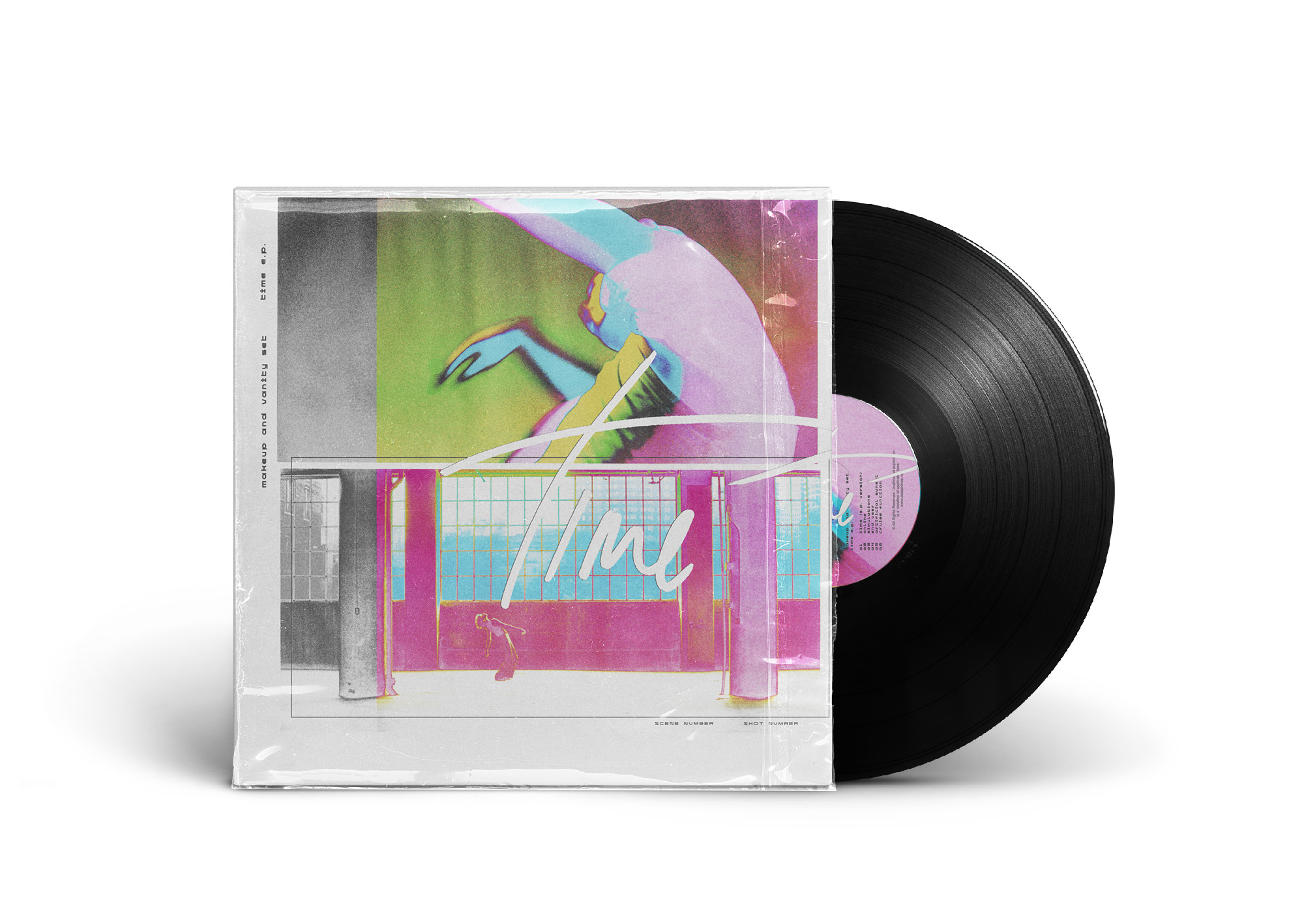 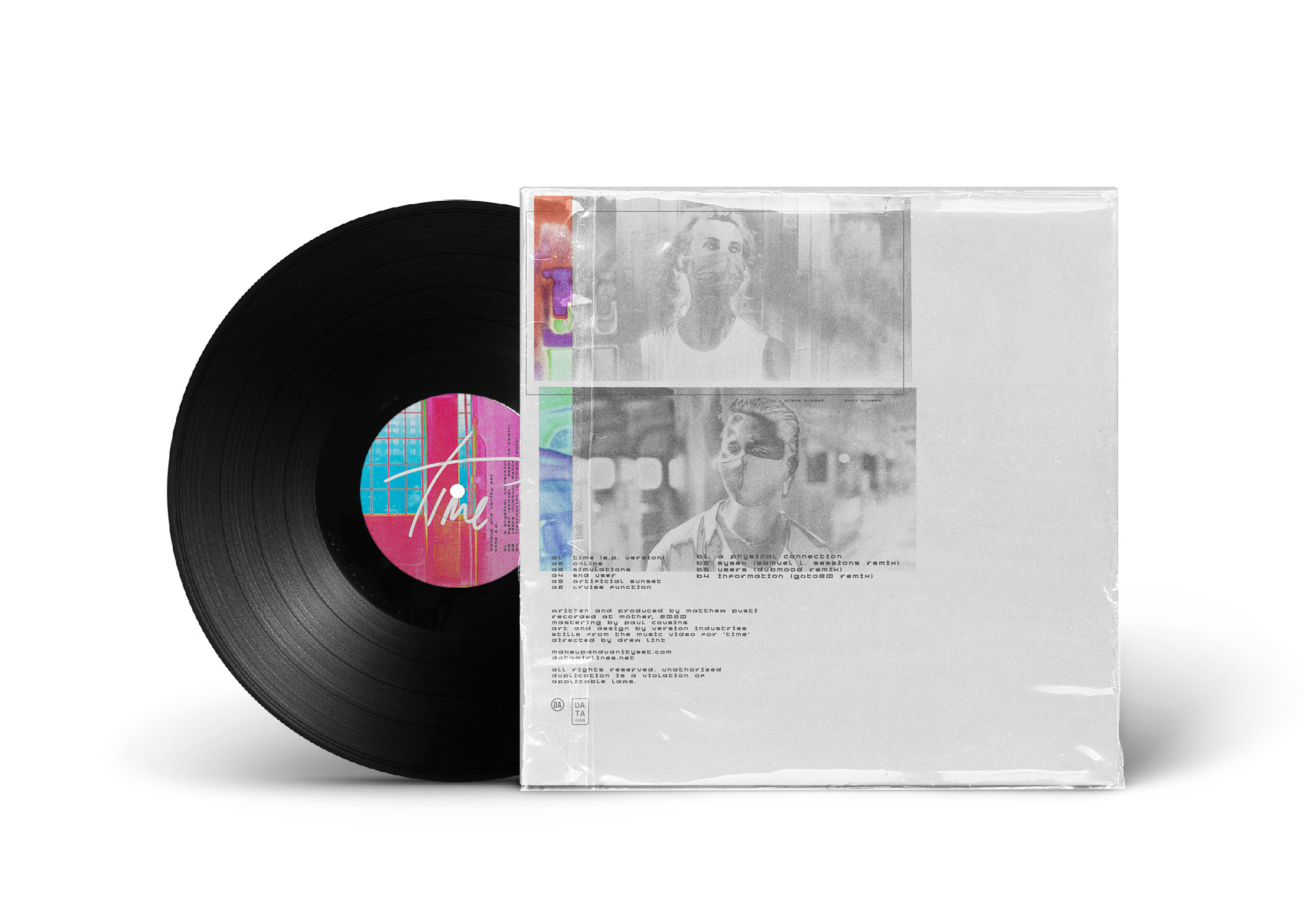 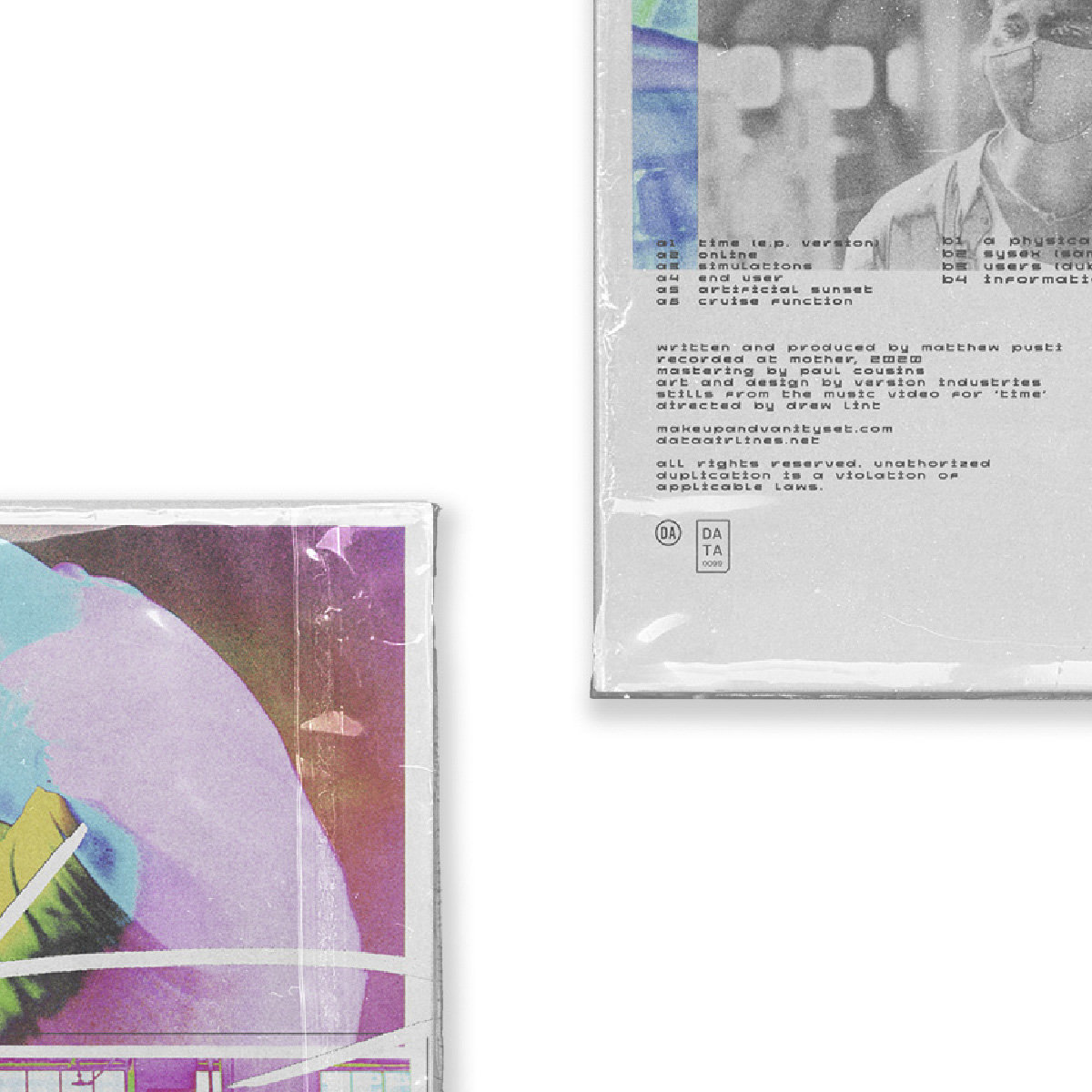 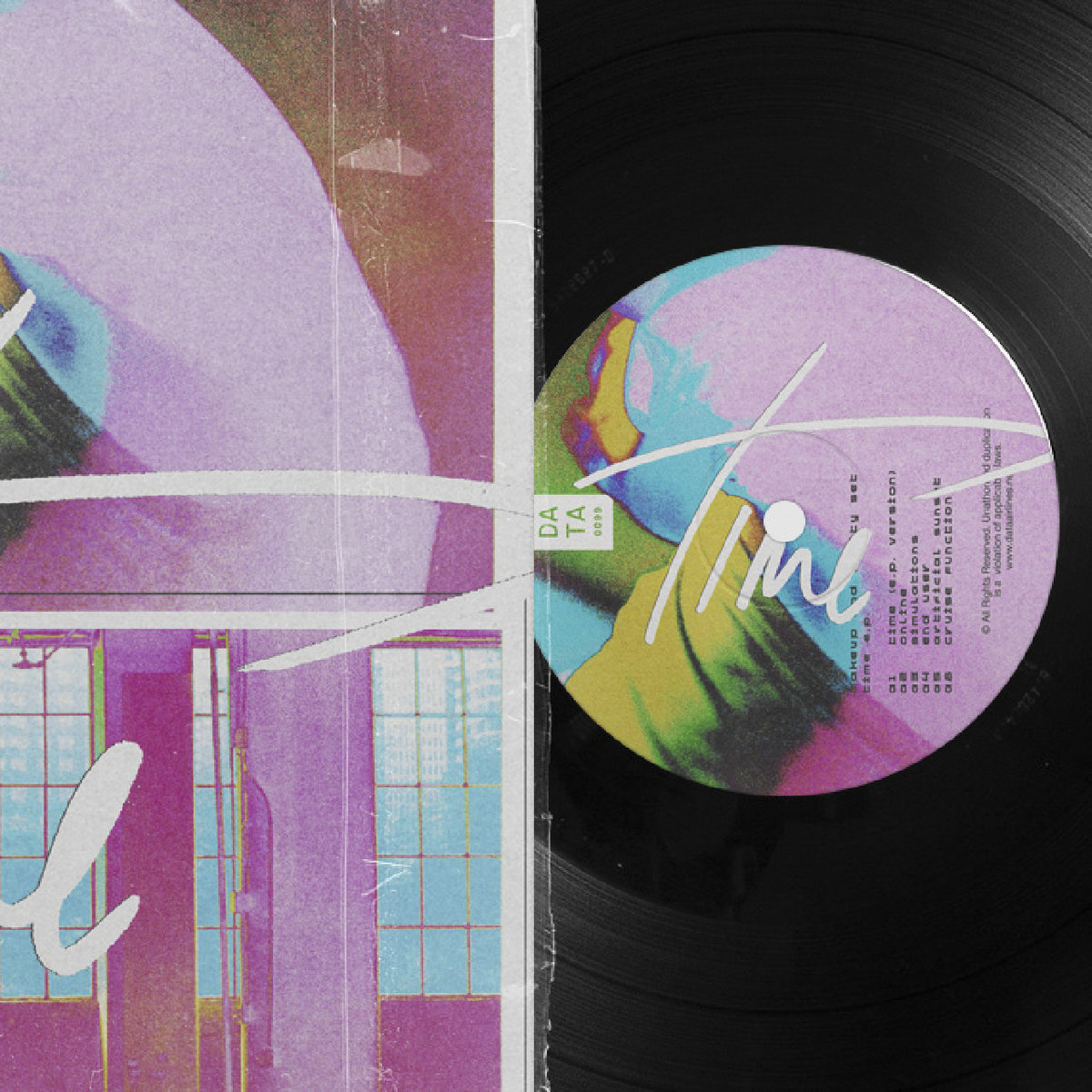 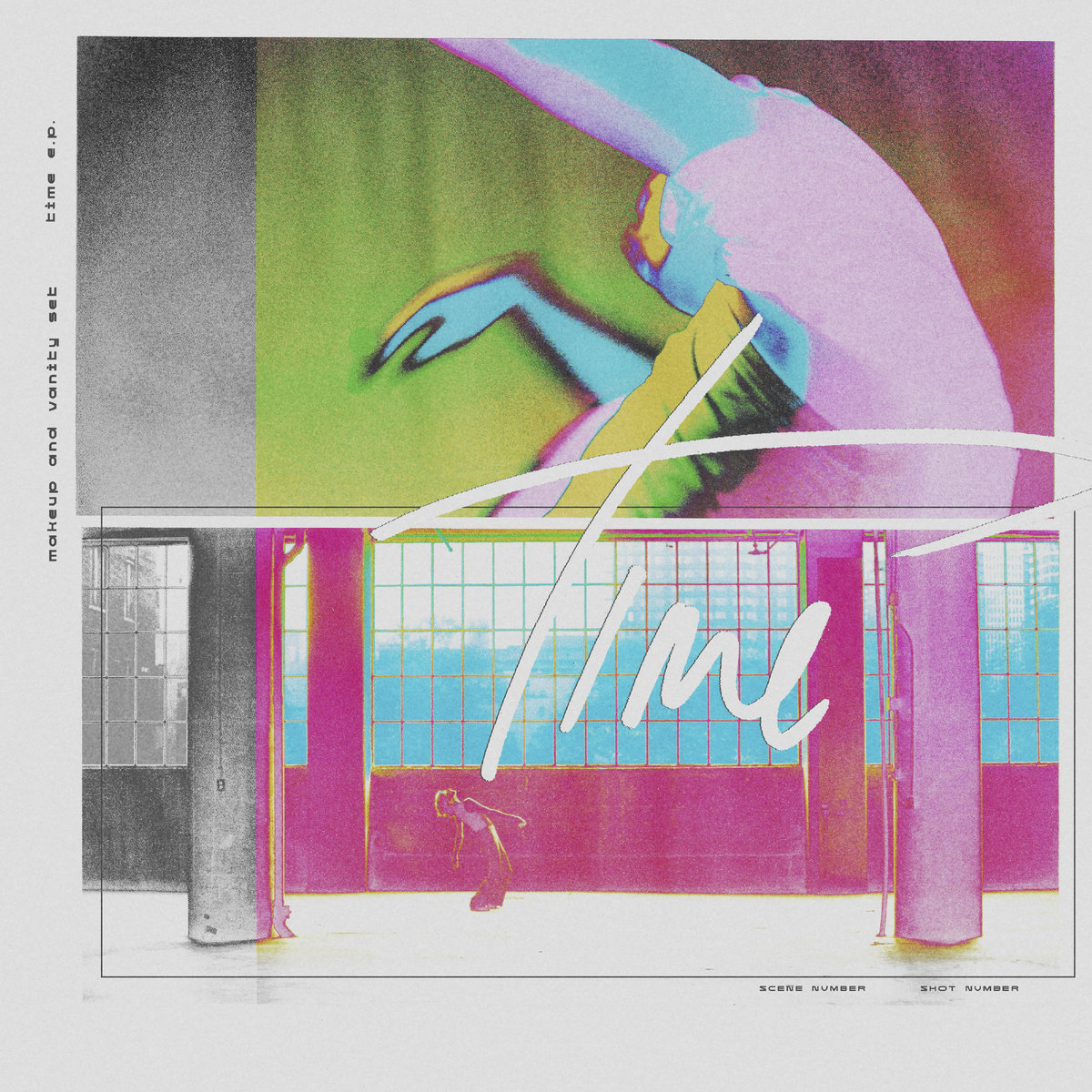 record sleeve for the nashville-based band, makeup and vanity set.
when makeup and vanity set released endless destiny we started talking to them about music videos for the record. matt pusti told us he was looking for a video for the song "time," which was also one of our favourites on the record. we'd previously worked with film director drew lint on his feature film M/M, and he immediately came to mind for this project.
we reached out to drew and he was into it. soon we were going back and forth with him exchanging ideas for the piece. fast forward to a few months later and we're all sitting here in awe of the video he'd made for us. matt pusti then said he was going to make an EP in support of it, with "time" as the title track. the great folks over at data airlines agreed to put the EP out on vinyl, and asked that we might make a record sleeve that used images from the video. we hope you dig the results.
makeupandvanityset.bandcamp.com/album/time-data099