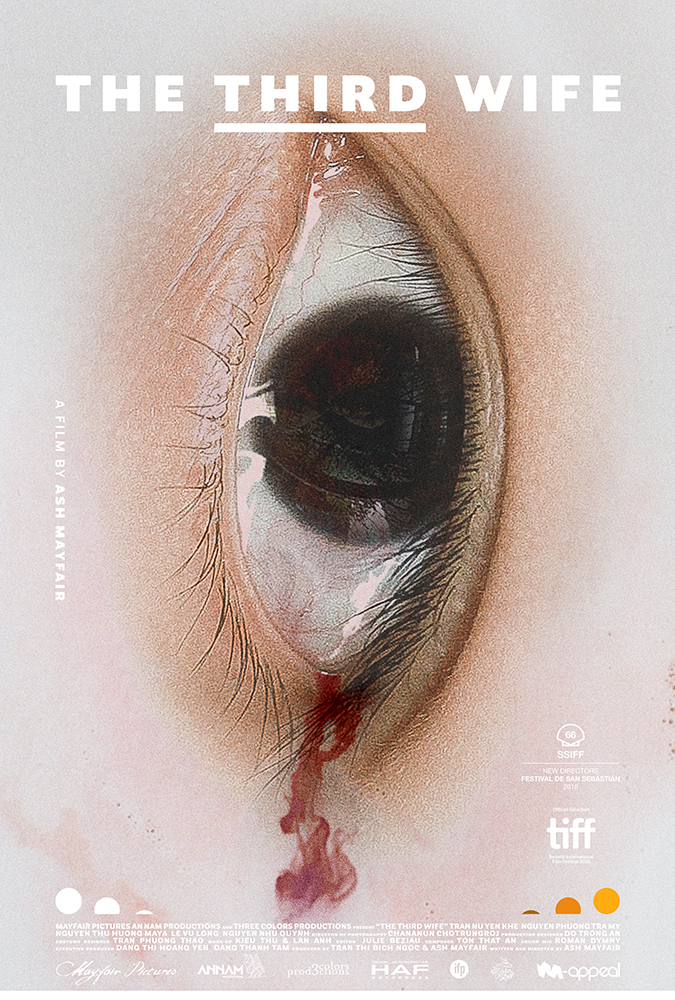 film poster for the feature film, the third wife.
director ash mayfair sent us a cut of her debut feature film the moment it was ready. she was keen for us to handle both the poster and the film's title sequence. the film is so strong that our ideas came thick and fast. ash selected the approach you see here, which involved a new photoshoot with the film's actress in vietnam.
imdb.com/title/tt7692966