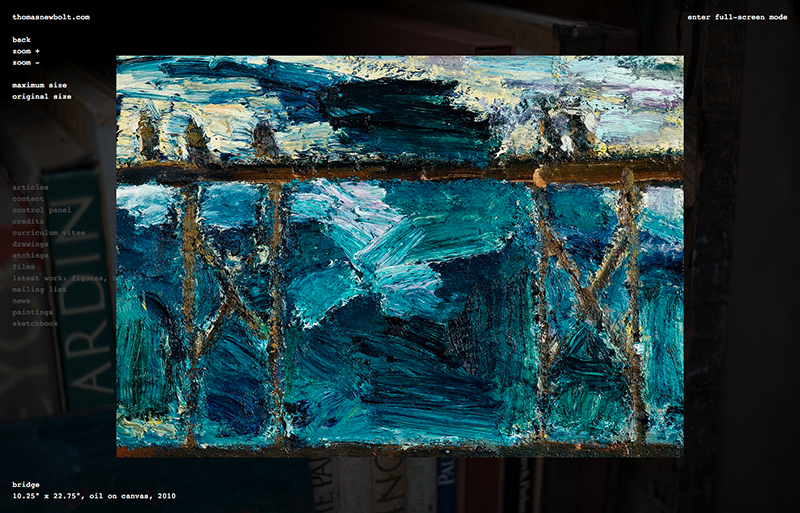 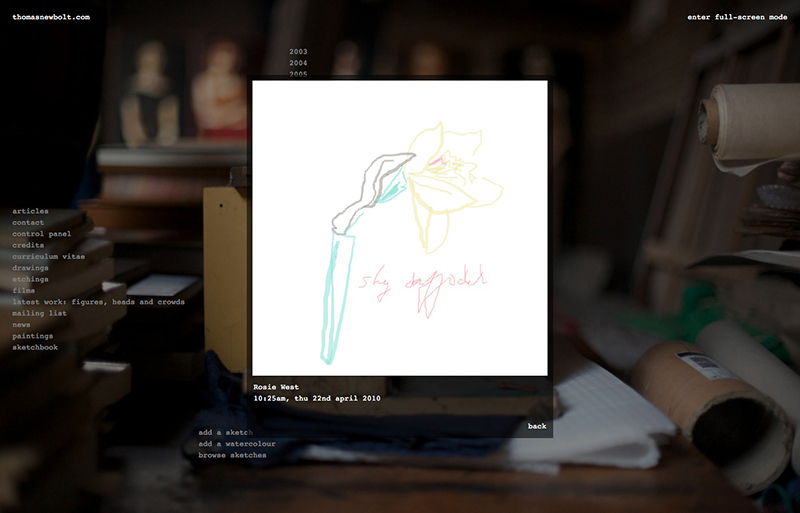 site for the cambridge-based artist thomas newbolt.
thomas called with some ideas for a site that offered us the opportunity to produce something that would showcase his life's work beyond any typical website limitations. for his online debut he said he didn't care for slow connections or primitive computer technology; the people he wanted to see his work wouldn't have them anyway & they had to be impressed.
thomasnewbolt.com
gold medal in the november 2003 american design awards