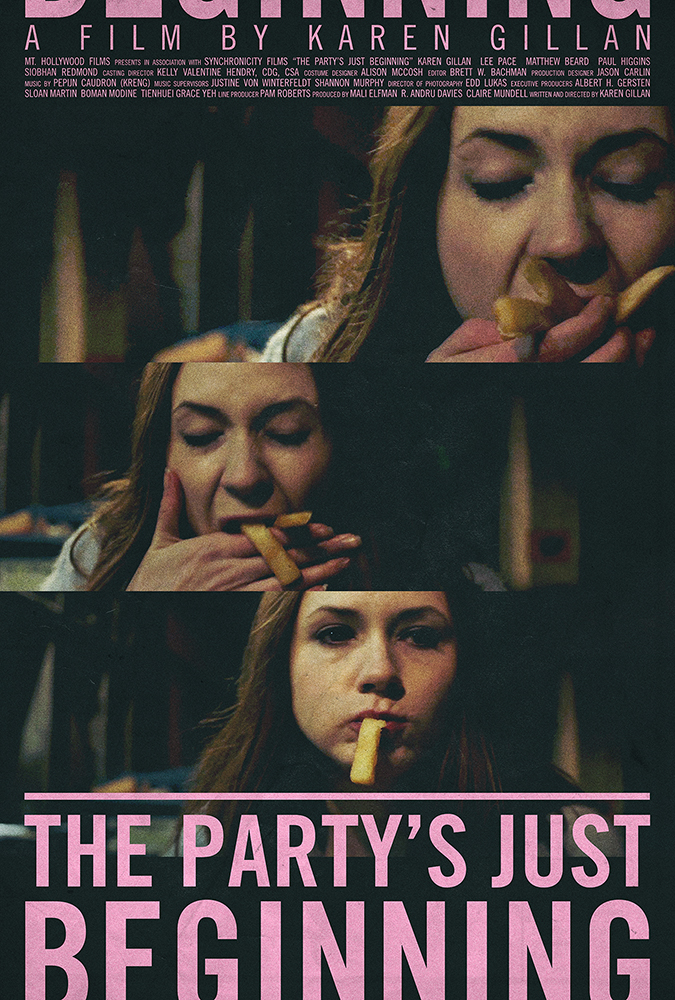 film poster for the feature film, the party's just beginning
producer mali elfman and writer / director karen gillan got in touch with us and expressed their interest in working with us based on our portfolio of poster work thus far. as they suspected, the film was something we found very easy to relate to and produce good work in support of. pretty soon the ideas were flowing thick and fast. we produced a series of posters throughout the process, and the one you see here felt like the best fit for the film's world premiere at the glasgow film festival.