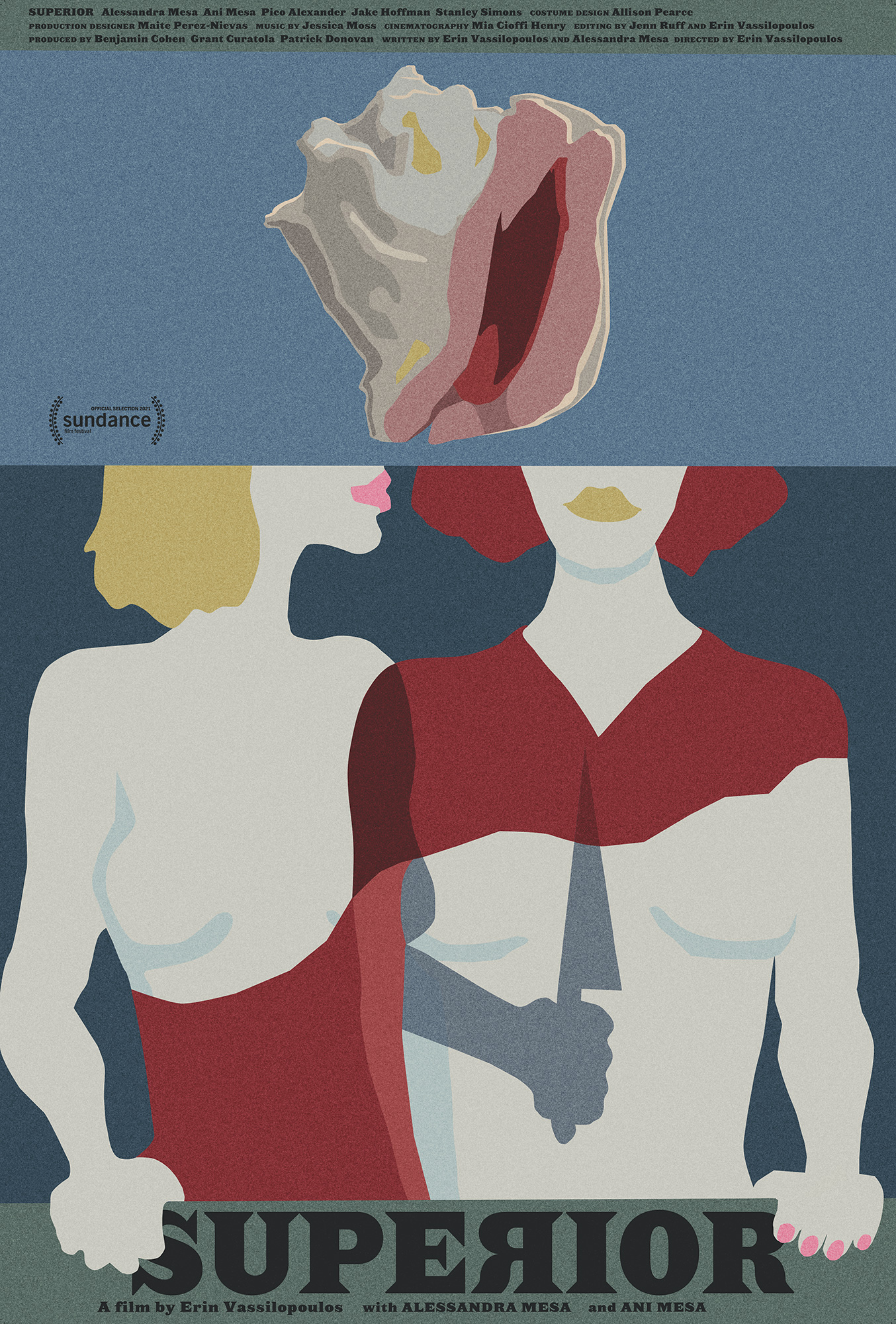 film poster for the feature film, superior.
director erin vassilopoulos asked us to design both the poster and title sequence for her debut feature film, superior. the film is an 80s psychological thriller that explores the lives of two recently reunited identical twin sisters. as the twin's very different lives bleed together there's a feeling of yin and yang in terms of the impact they have on each other both physically and emotionally. it's this concept that we chose to touch upon in the poster.
imdb.com/title/tt12373414