mickey and the bear_film poster 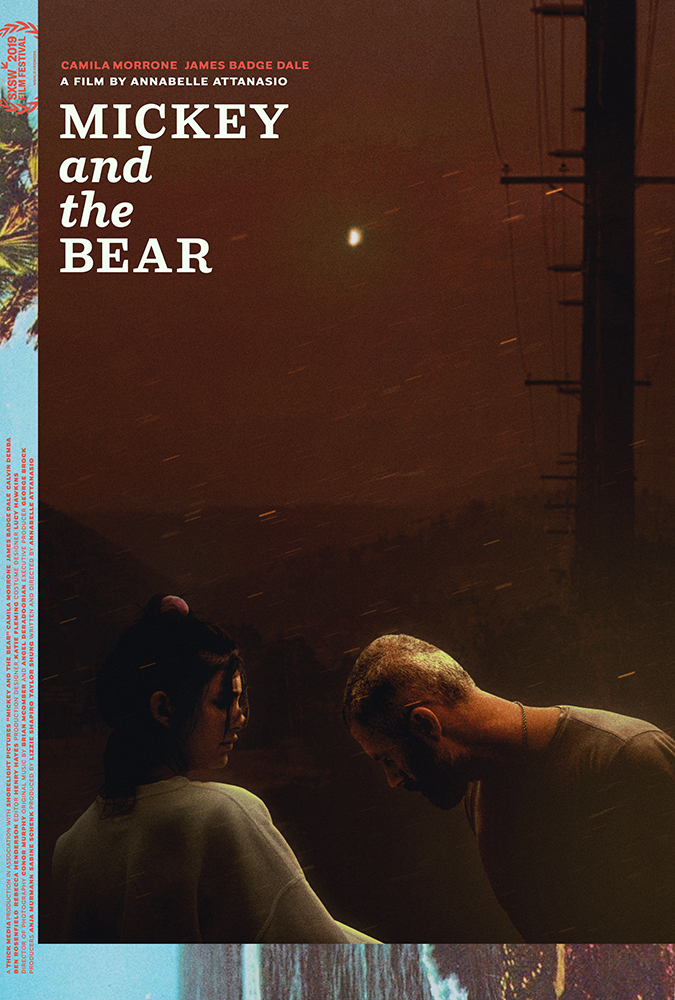 film poster for the feature film, mickey and the bear.
annabelle attanasio and lizzie shapiro sent us a copy of their new feature film, which had just gotten into the SXSW film festival. we watched the film and talked it through with the filmmakers. three or four ideas immediately came to us and we set about working on the one that appealed to them most. the result, another collaboration with graphic designer charlotte gosch, is a piece of collage and heavy photoshop work. those who've seen the film will enjoy the more subtle touches in the piece, and those who haven't we hope will be lured in by the mysterious depictions and juxtapositions.
imdb.com/title/tt9614440