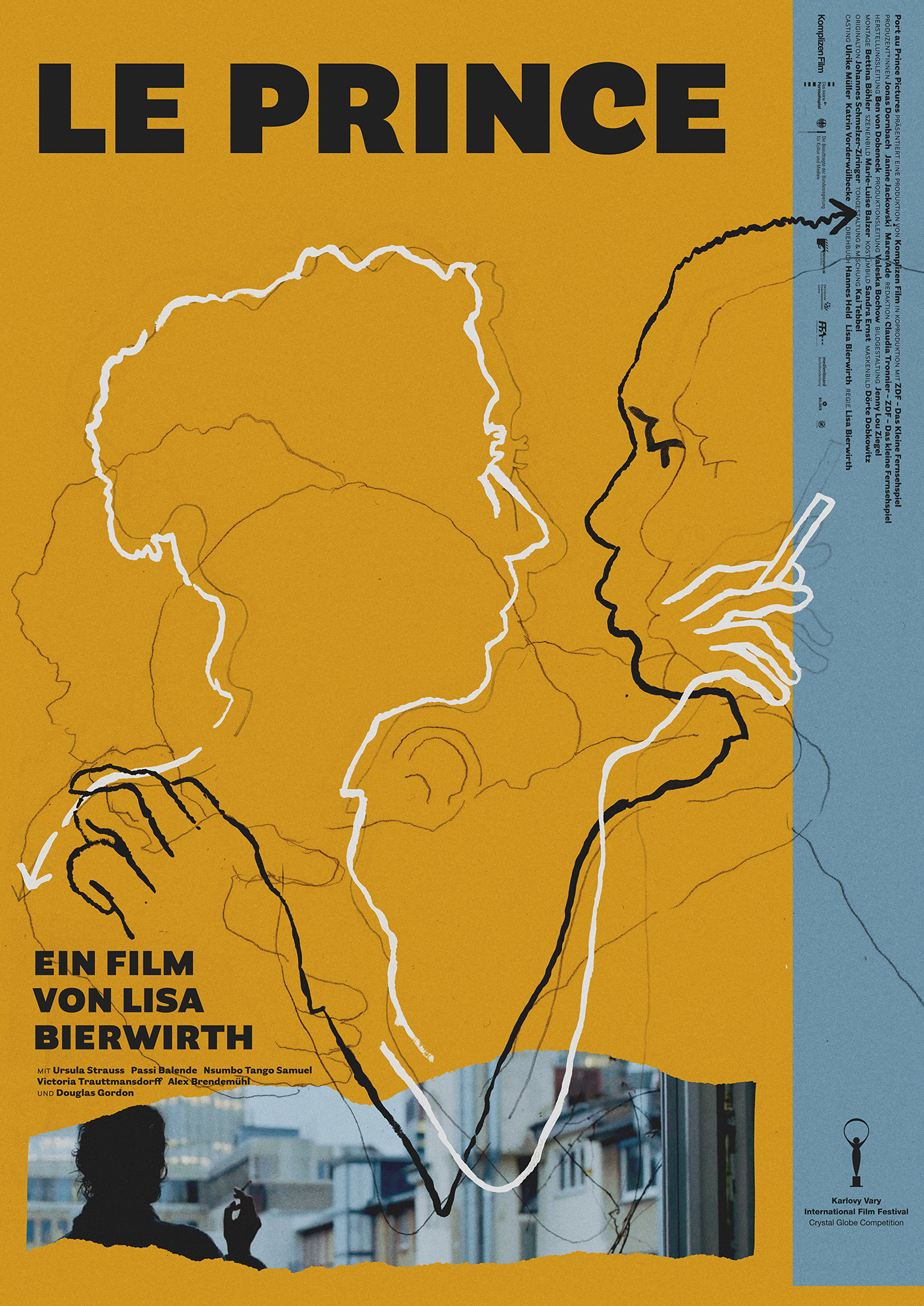 poster for the feature film, le prince.
lisa bierwirth is a friend and le prince is her debut feature film. the film marks the second in our on-going collaboration with komplizen film in berlin. the film is a particularly realistic sketch of a relationship between a man and a woman from different worlds in frankfurt. we presented a series of ideas with which to tackle the complexity of emotional drama in the film, and lisa selected the idea you see here. caspar painted the poster during his travels between england and germany this summer.
imdb.com/title/tt10603372