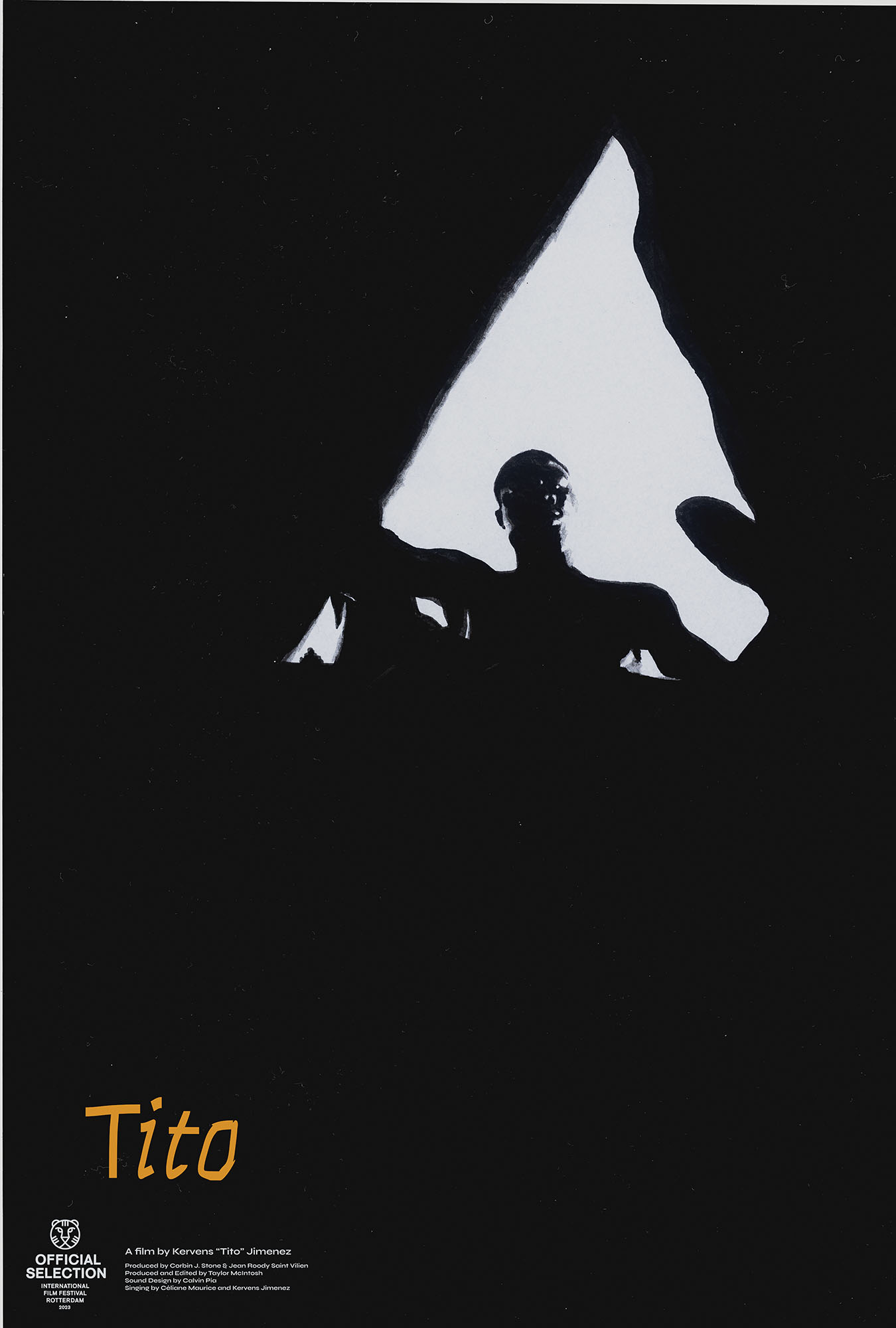 poster for the documentary short, tito.
taylor mcintosh is the producer and editor of the extraordinary documentary short, tito. the film was shot by kervens "tito" jimenez whilst in pre-trial detention in haiti. taylor got in touch whilst still editing the film and asked us to create a poster and titles for the film.
we started with the film's titles, and then moved onto the poster. we presented a series of ideas for the poster and taylor went with what you see here. caspar painted the image on the poster using black ink on paper and then scanned it in. he then laid out the rest of the poster from there, leaving in the slight tilt on the image introduced by the scanner because it echoed the intensely hand-held nature of the film .
the film to have its world premiere at the international rotterdamn film festival.
you can watch the trailer for the film with some of our title design included, here.
iffr.com/en/iffr/2023/films/tito