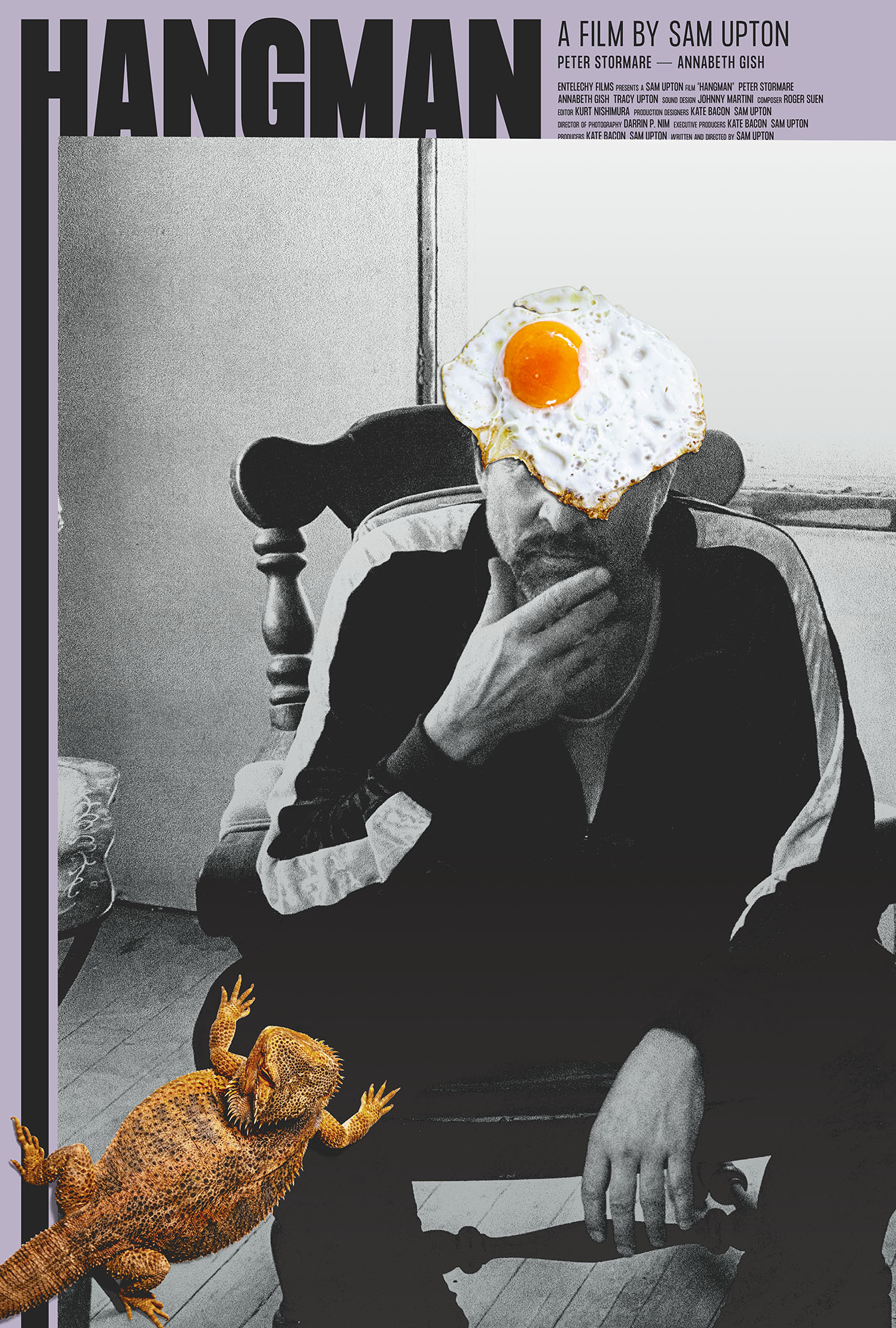 poster for the short film, hangman.
writer / director sam upton came back to us with an interest in our making another film poster for him. this time it was for a short film he'd written and directed called hangman. we loved the film and presented a range of ideas for the poster. sam picked the one you see here; itself a subliminal play on the film's title, and a tongue-in-check nod to the denouement of the film.
the poster was made with a combination of elements. the first being a photoshoot sam conducted himself with tia the lizard who co-stars in the film. the second being an egg caspar fried in his studio in berlin.
imdb.com/title/tt14103074