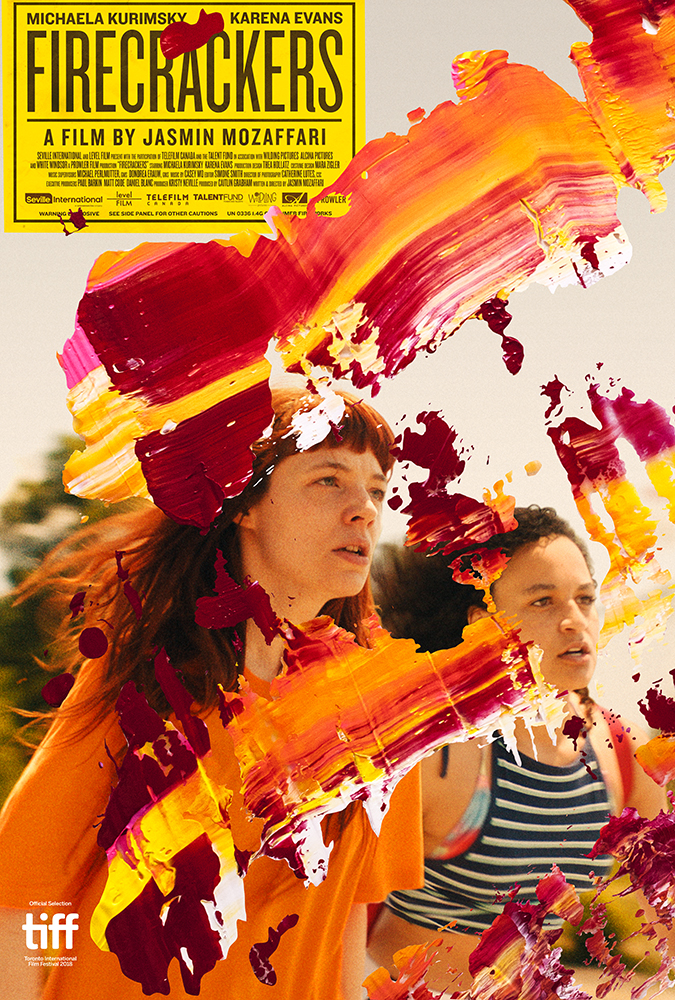 film poster for the feature film, firecrackers.
canadian director and producer team jasmin mozaffari and caitlin grabham were familiar with our work for MDFF on films like 'how heavy this hammer' and 'fail to appear.' they sent us their film firecrackers with a note that underlined the efforts they were making to battle the patriarchy through cinema. after pitching several ideas to them that varied in experimentation and complexity, jasmin and caitlin went straight for the most complex and original approach. the result is a film poster quite unlike any other, that talks about the nature of the filmmaking as much as the socio-political subtext. we'd like to thank charlotte gosch for her help with the paintwork on the poster.
prowlerfilm.com