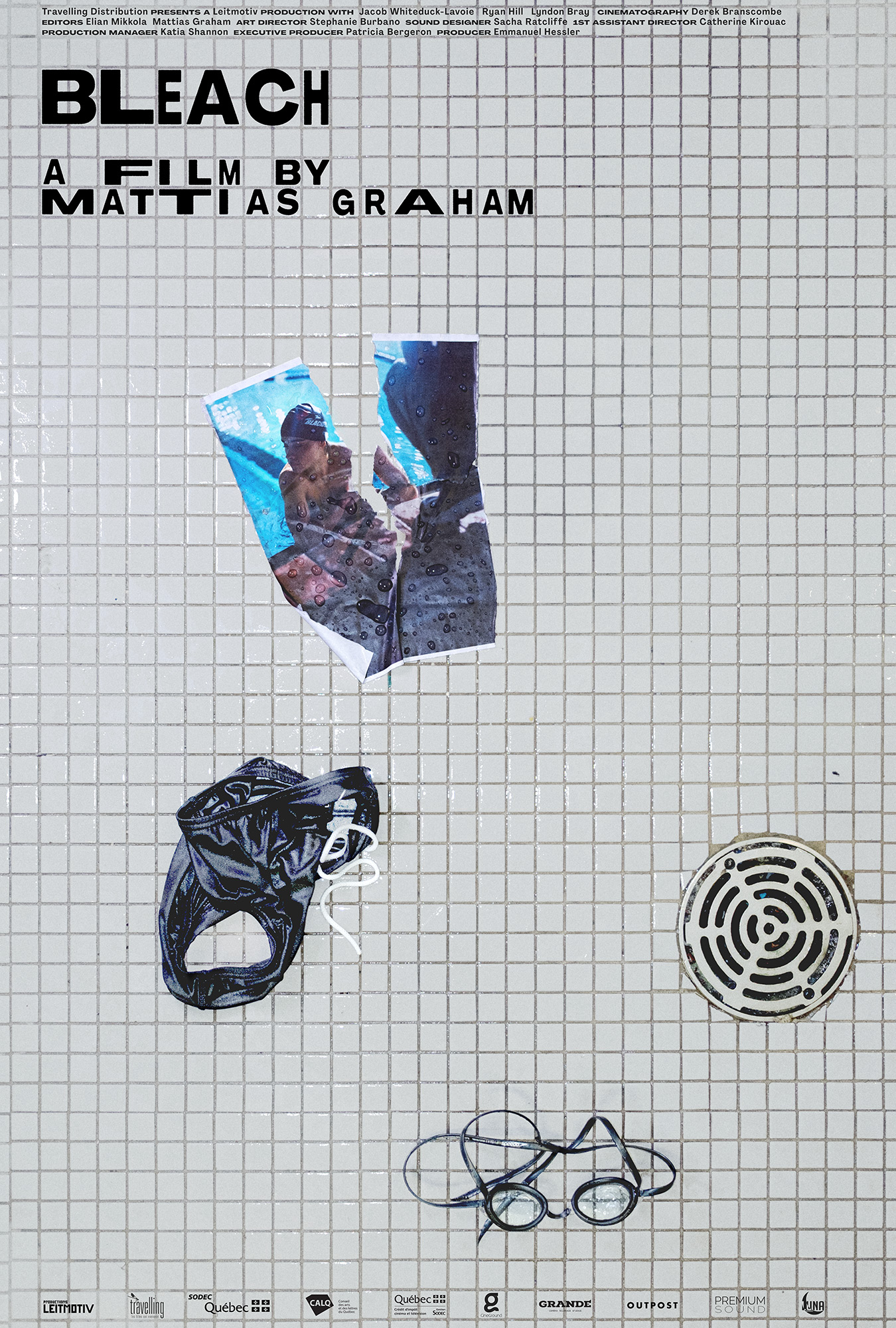 poster for the short film, bleach.
producer emmanuel hessler got in touch with us after seeing our no crying and the dinner table poster. he asked that we consider making a poster for bleach, a short film he'd recently produced. we watched the film and soon found ourselves talking to director mattias graham.
it was during our discussions with mattias that we came up with an idea that we felt captured the film's narrative and tone. not long after that he was taking some photographs for us in montreal, canada. where the film was made. the still life images he captured we then turned onto the poster you see here.