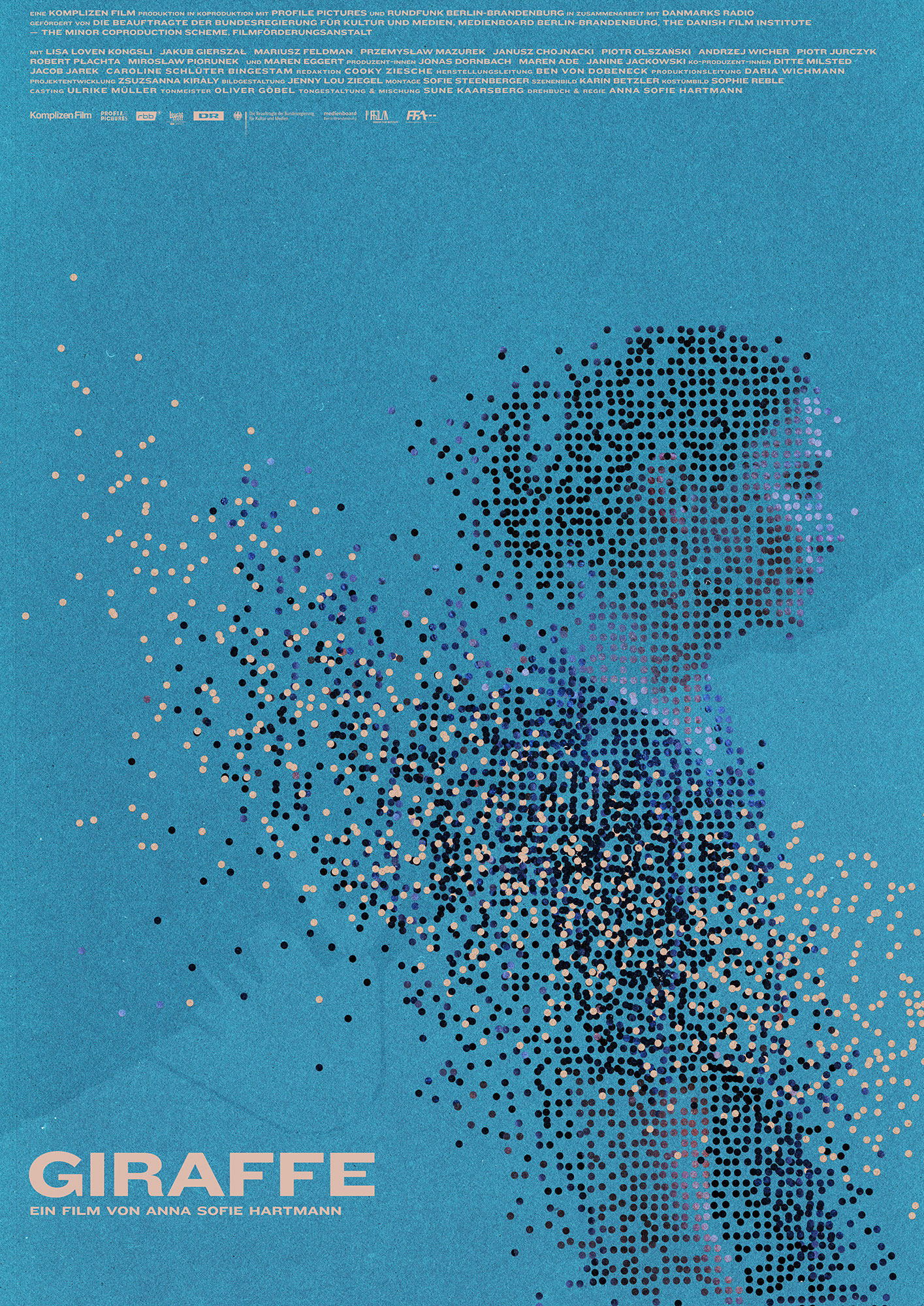 film poster for the feature film, giraffe.
anna sofie hartmann's new feature film is a beautiful and moving portrait of a woman lost and adrift both physically and emotionally in her life. we were asked to capture this feeling in poster form, and after presenting a range of ideas settled on the one you see here. it is an attempt to talk about fragments of a person blowing across a map; the feeling of not just being many places at once, but feeling like many things at once too.
komplizenfilm.de/d/films/giraffe.html