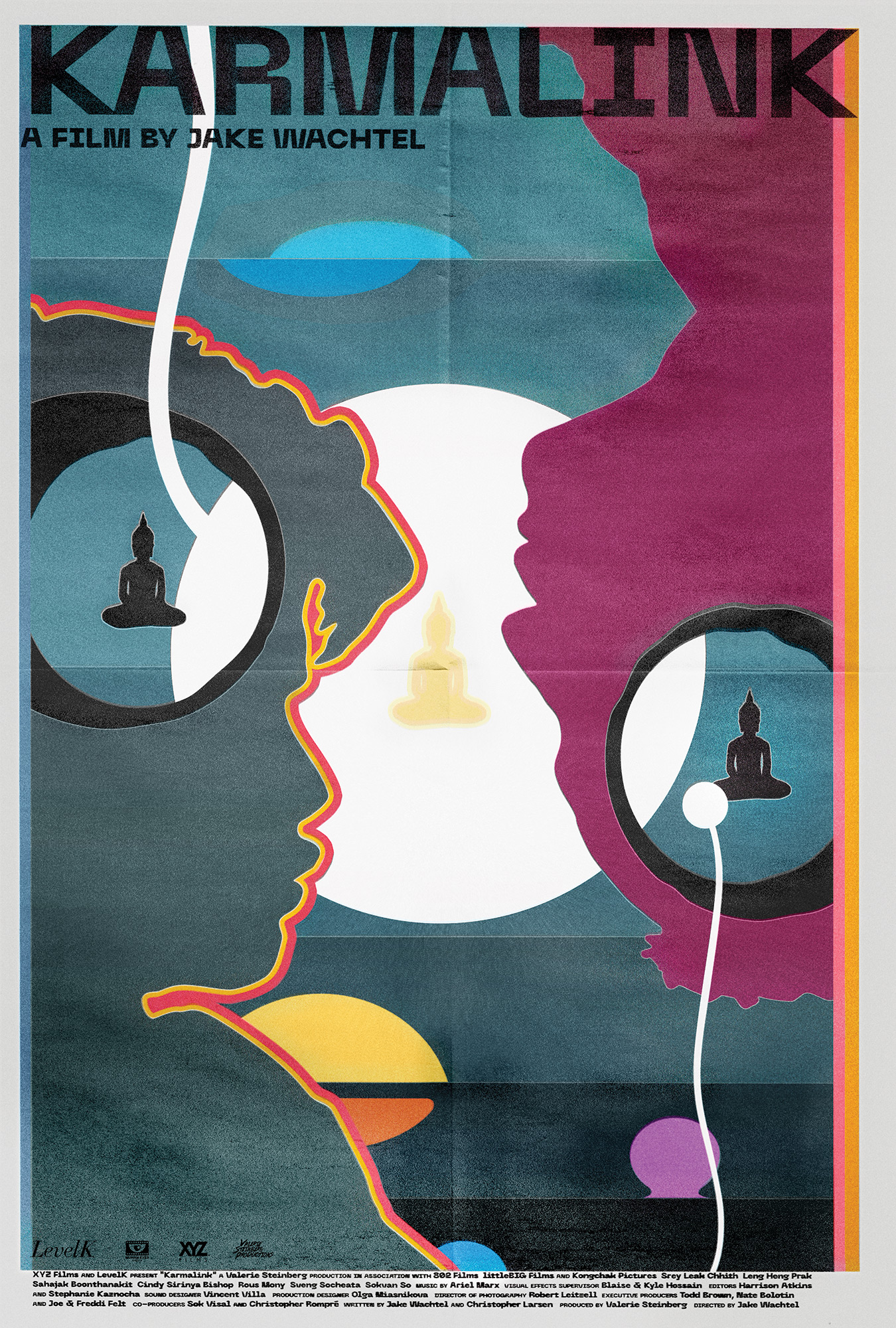 film poster for the feature film, karmalink.
producer valerie steinberg asked us to design the poster and titles for this her debut feature film. the film was written and directed by jake wachtel and is a cambodian science fiction tale about one man's unusual search for enlightenment. it is a complex and visually beautiful piece, in large-part because of the futuristic cambodian setting. the poster you see here gives you both a hint as to the film's narrative and it's rich visual beauty.
imdb.com/title/tt10396450