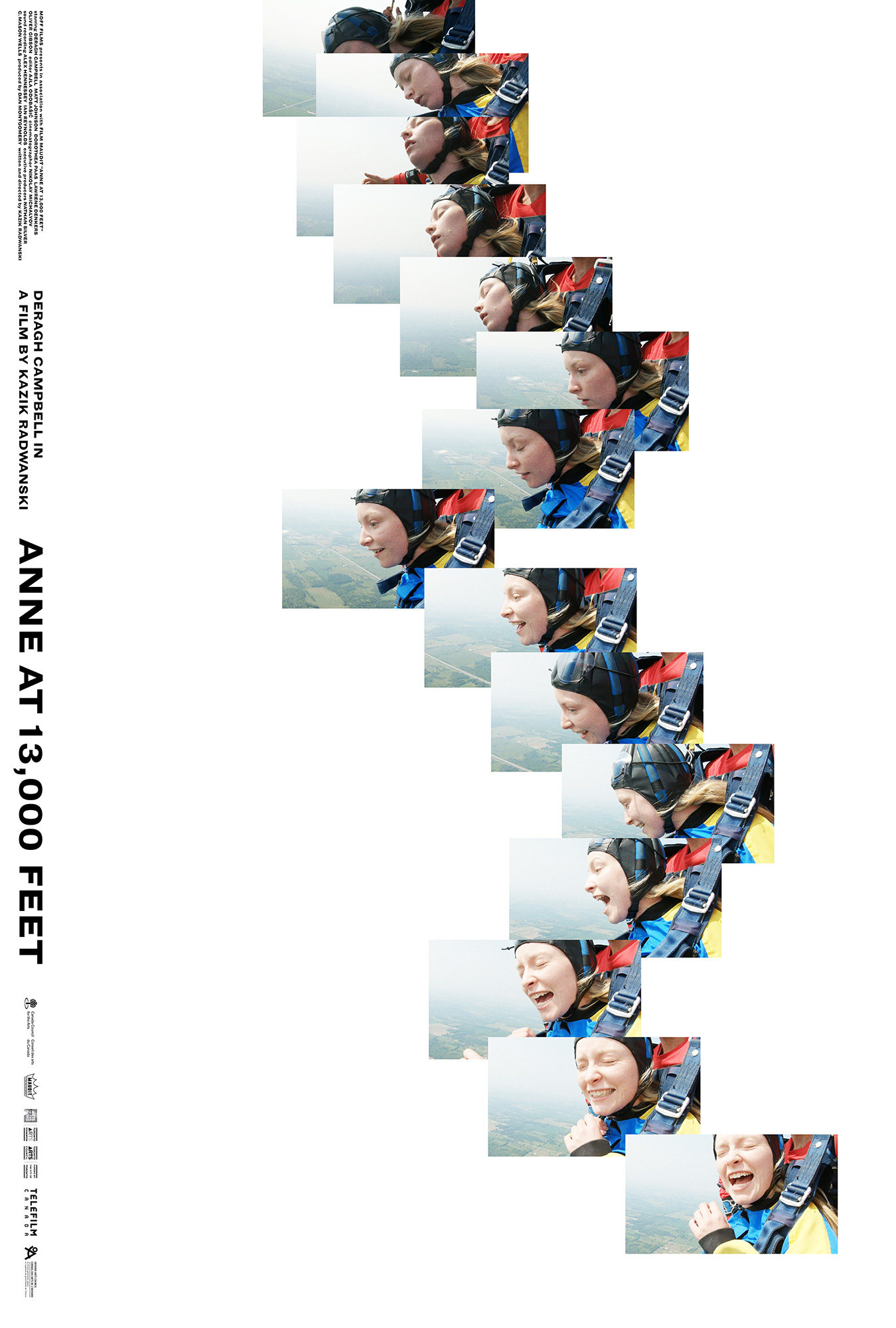 film poster for the feature film, anne at 13,000 feet.
long-standing collaborators MDFF got in touch as they were putting the finishing touches on kazik radwanski's new feature film. they asked us to take care of both the film's title sequence and poster. after presenting a series of ideas for the poster, kazik and producer dan montgomery went with the concept you see here.
mdff.ca