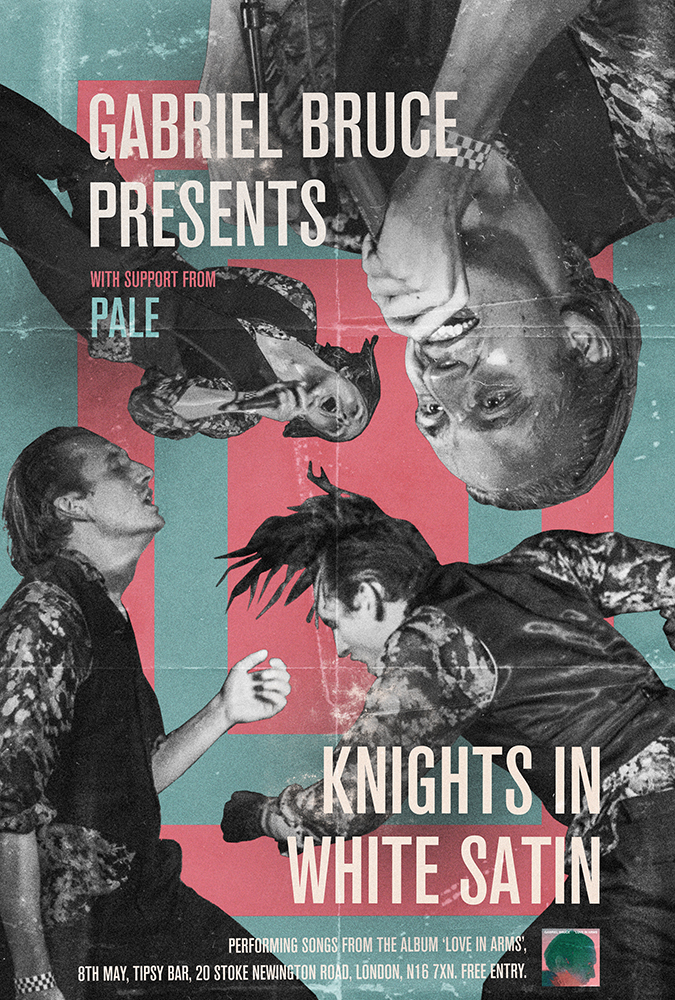 long-time fans of gabriel’s music, we approached him after one of his shows in new york and had a quick chat. it turns out that aside from making beautiful songs, one of his band is also directly related to john cassavetes. this could only be a good sign. cassavetes, if you didn’t know already, is a fantastic film director and a huge influence on some of us here at (v).

i digress. a few months later gabriel got in touch and asked if we wanted to put together a poster for his forthcoming album release party in london. jumping at the chance, we cut out some of the photographs we’d taken of him performing in new york, and created 5 different designs. the above image is the one he went for, and below is another edition we were fond of from the batch. 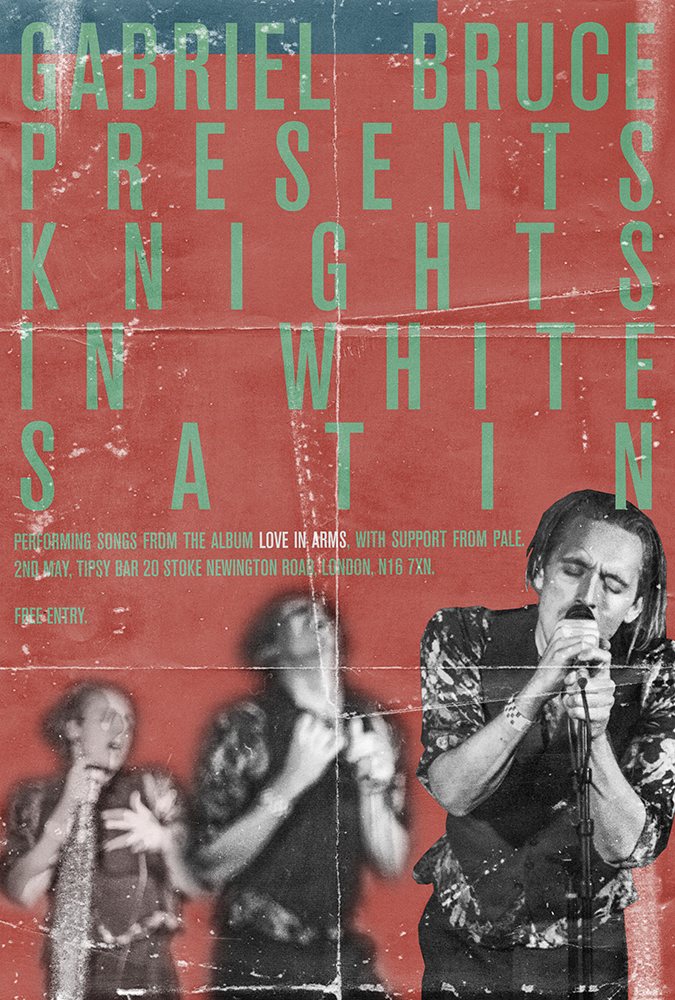