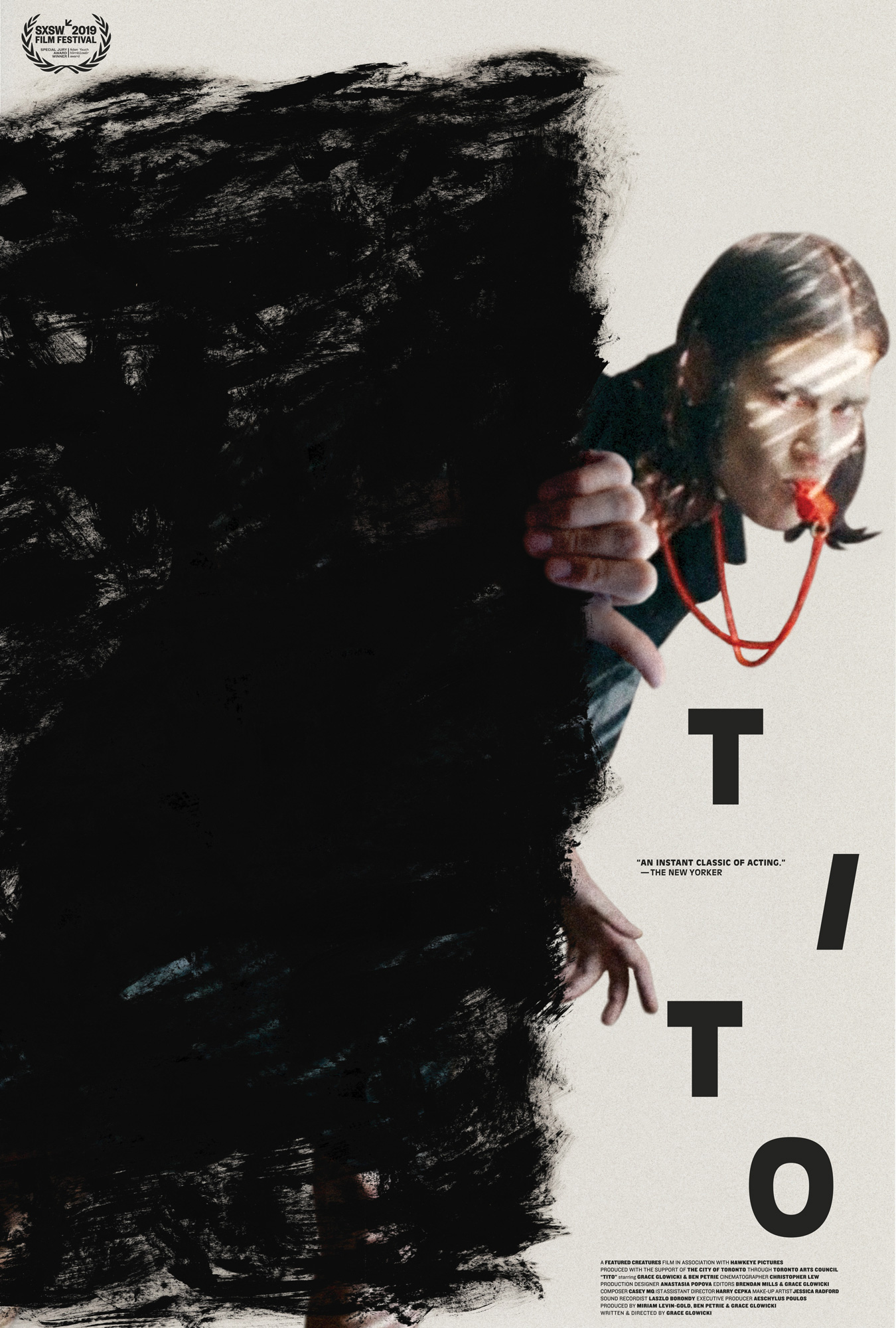 film poster for the feature film, tito.
here's the poster we designed for the online release of grace glowicki's searing, debut feature film, tito. making it's debut at SXSW film festival last year, grace and producer / co-star ben petrie use the film to explore one agoraphobic man's struggle to deal with the terrors of the outside world. collaborating once again with the inimitable charlotte gosch, this poster is our attempt to try and describe a range of feelings in the film in one image.
imdb.com/title/tt7476866