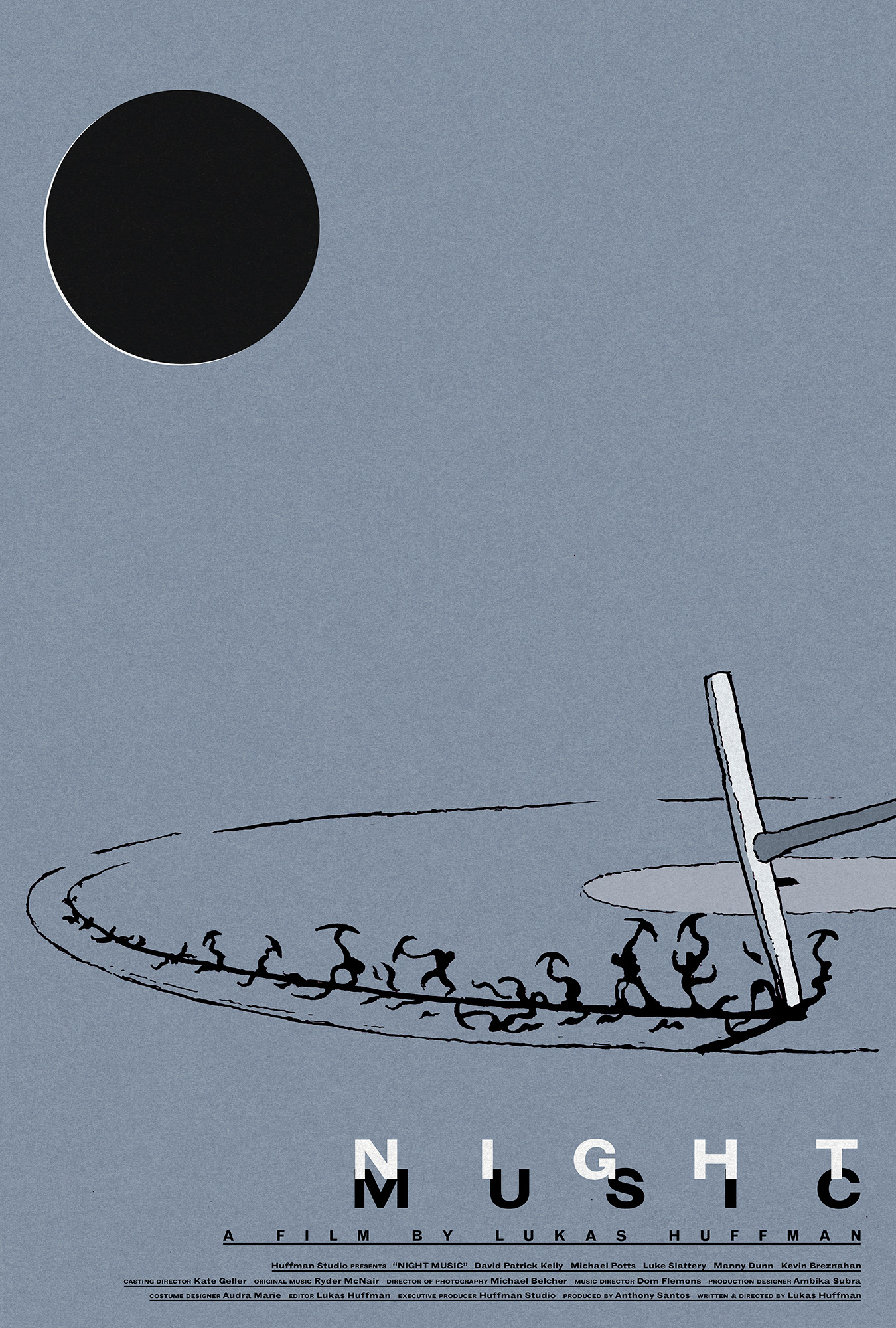 film poster for the short film, night music.
director lukas huffman asked us to create a poster for his new short film, night music. the film tells the story, in brief, of john and alan lomax and their early 20th century recordings of american folk music. in this case the film follows the father and son as they gain access to a penitentiary to record african-american prisoner's songs.
after much discussion about various ways to approach the poster, we settled on this hand drawn and painted approach. the poster tries to speak simultaneously to the idea of a 1930s live "disc recording" and what was ultimately the uncredited, unpaid exploitation of black prisoners by white people.
imdb.com/title/tt10186074