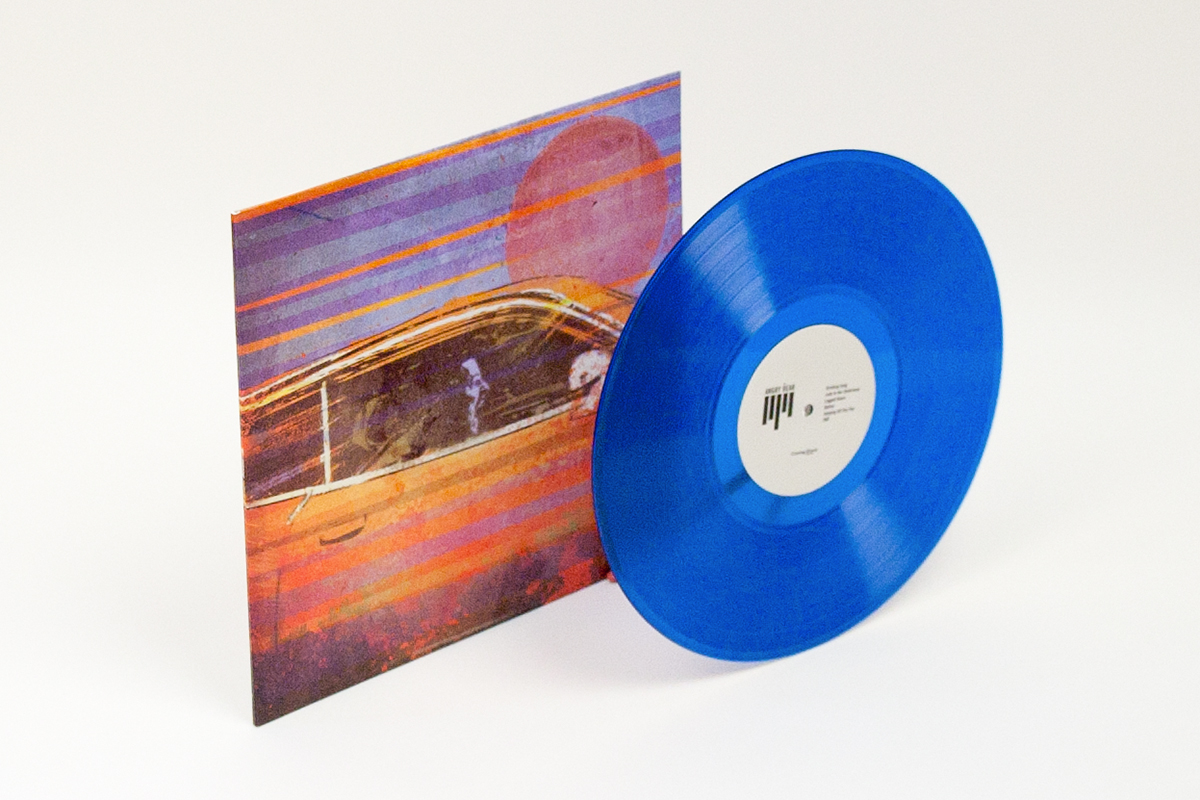 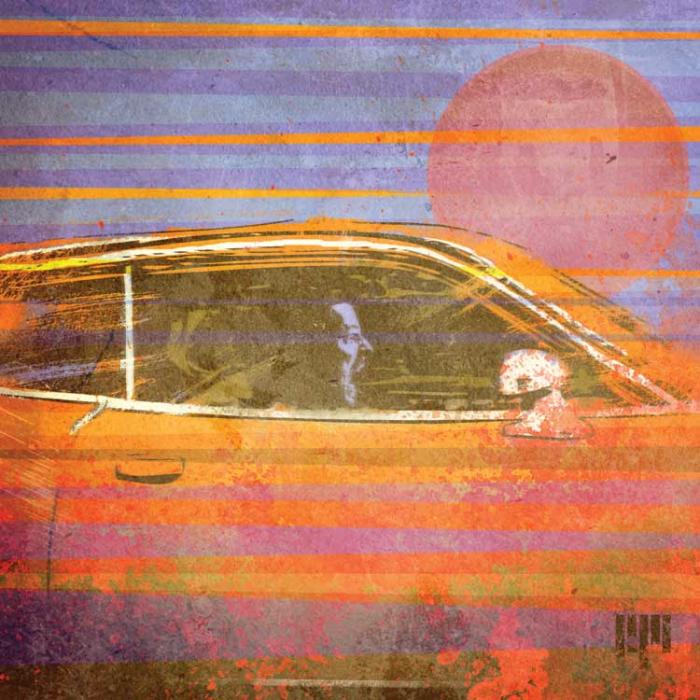 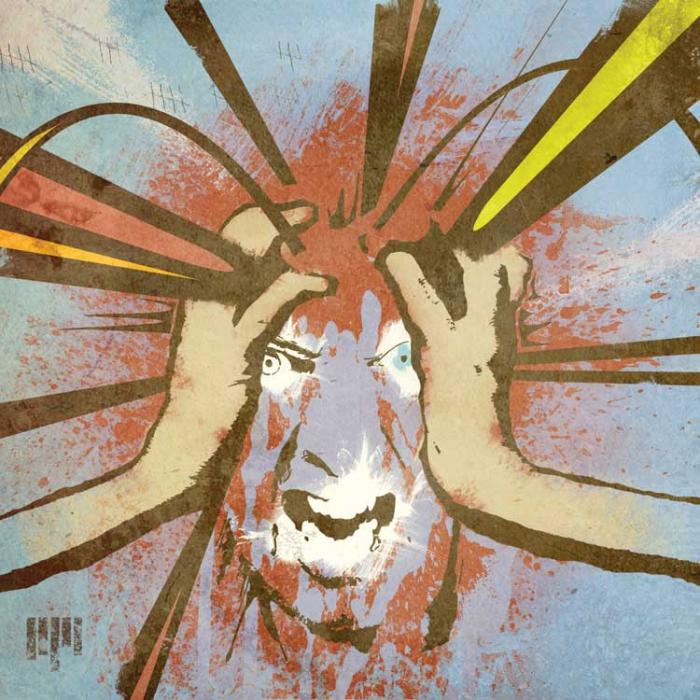 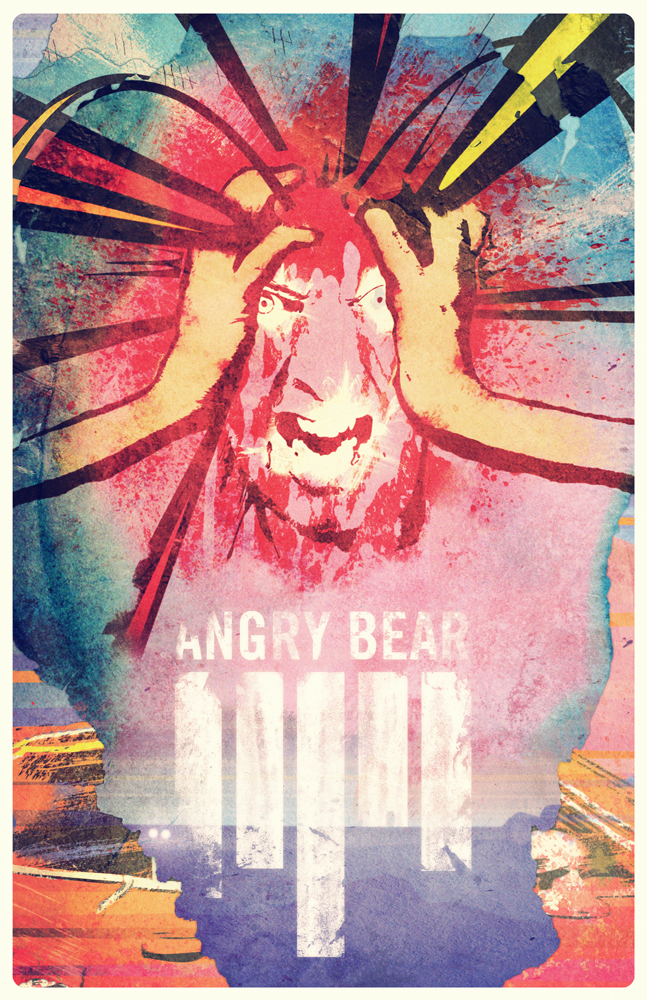 artwork for mellowdrone's second LP, angry bear
mellowdrone called us one evening in march wondering if we were at all interested in working with them on the artwork for the follow-up record to 'box', an album which we'd played into the ground obsessively for who knows how long. work began immediately with discussions about what the new record was saying and where the band were at now. turns out they were the same age as us and into all the same stuff (david lynch, fist of the north star etc.). we then toiled for a while on an idea and passed it over to them. it was the right direction. we then produced 2 more pieces in a similar vein that formed a narrative around the core concept and produced templates for both cd + vinyl. the vinyl doesn't contain the third and final panel of the artwork, but it does have a blue plastic disc and a nice design idea for navigating which side is which.