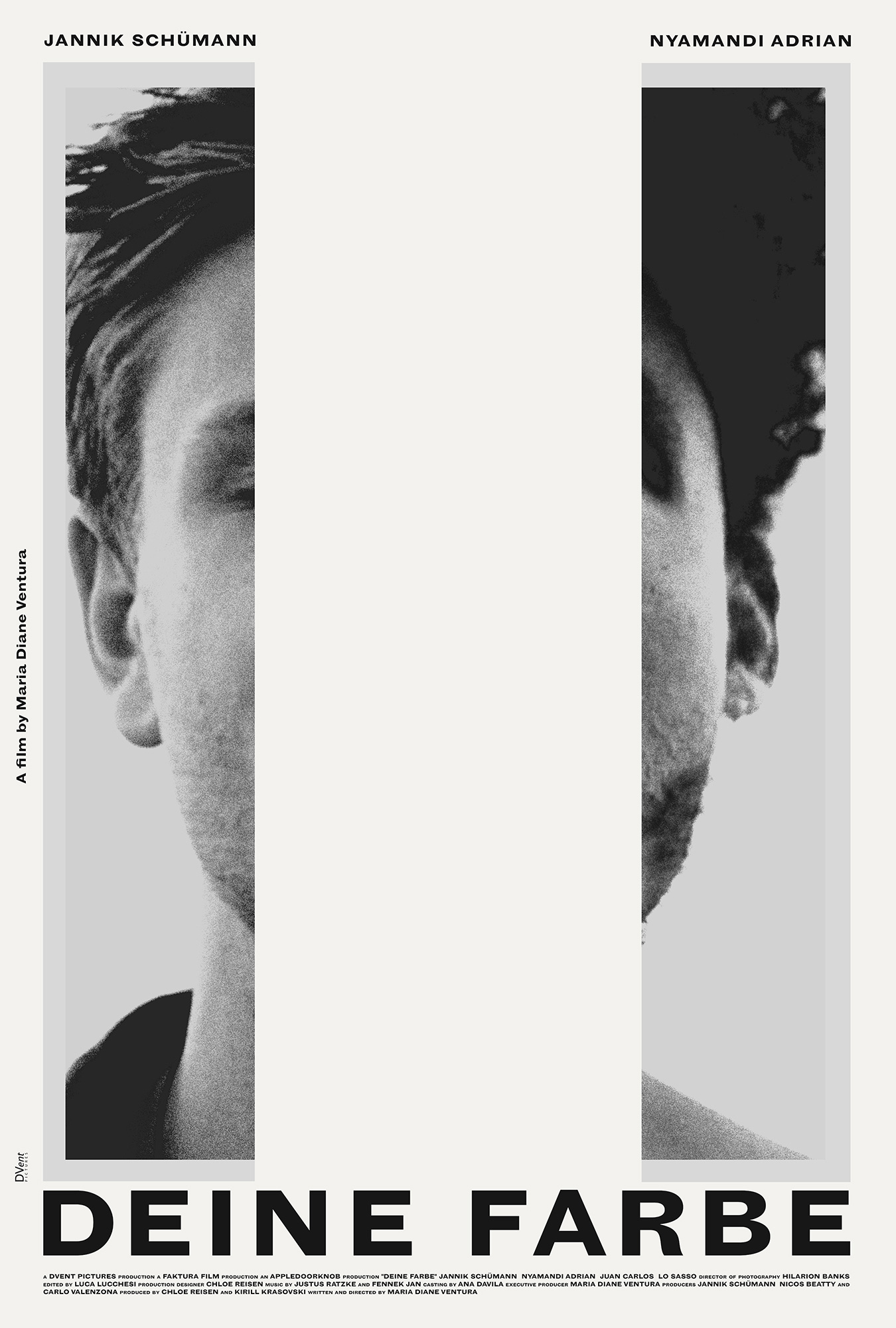 film poster for the feature film, deine farbe.
midnight marauder put us in touch with director, maria diane ventura. her debut feature was getting into festivals and she was after a poster that captured the essence of the film's narrative. we presented a series of ideas to her and here's the concept we ended up going with. it's inspired of course by the michelangelo pistoletto artwork, the ears of jasper johns.
imdb.com/title/tt6734268