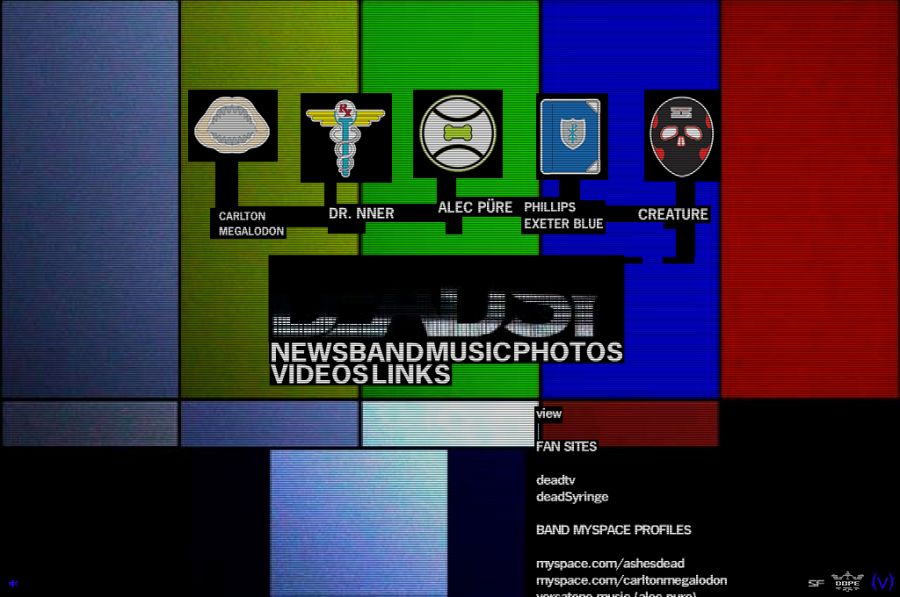 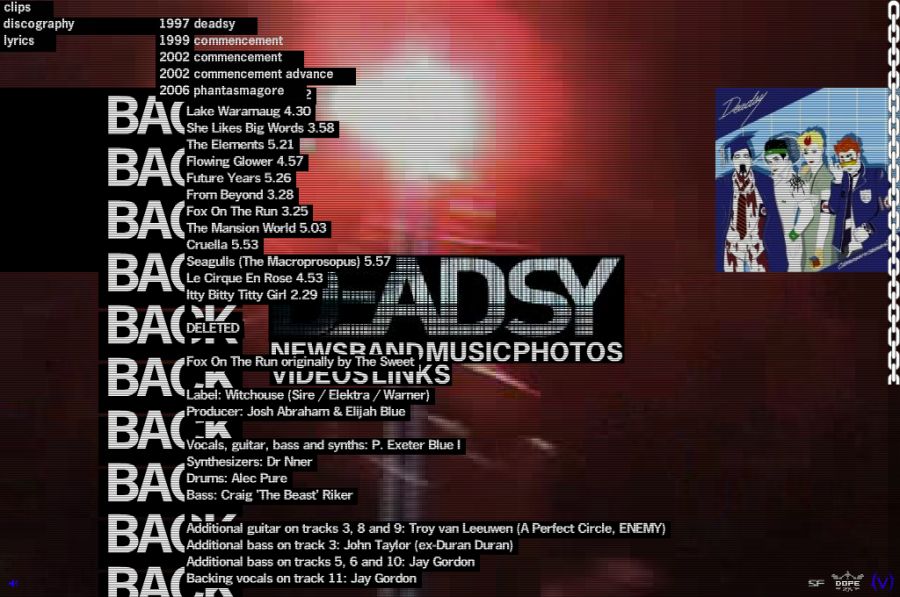 fan-site for the los angeles-based, rock band, deadsy
born out of our enjoyment of deadsy's music, deadsy.tv was a side project of ours that gave us a chance to experiment with some older technologies we'd used for the thomasnewbolt.com website. it was the band's new 'tv test signal' logo that primarily inspired the project and lead us to choose the .tv domain. the idea was basically that your computer was intercepting a fairly weak but yet prevailent pirate signal from the band. the end result was a site that deadsy fans the world round have applauded and that also lead to us helping out with deadsy's own website deadsy.com and the band's myspace pages.
deadsy.tv
'original' DOPE award