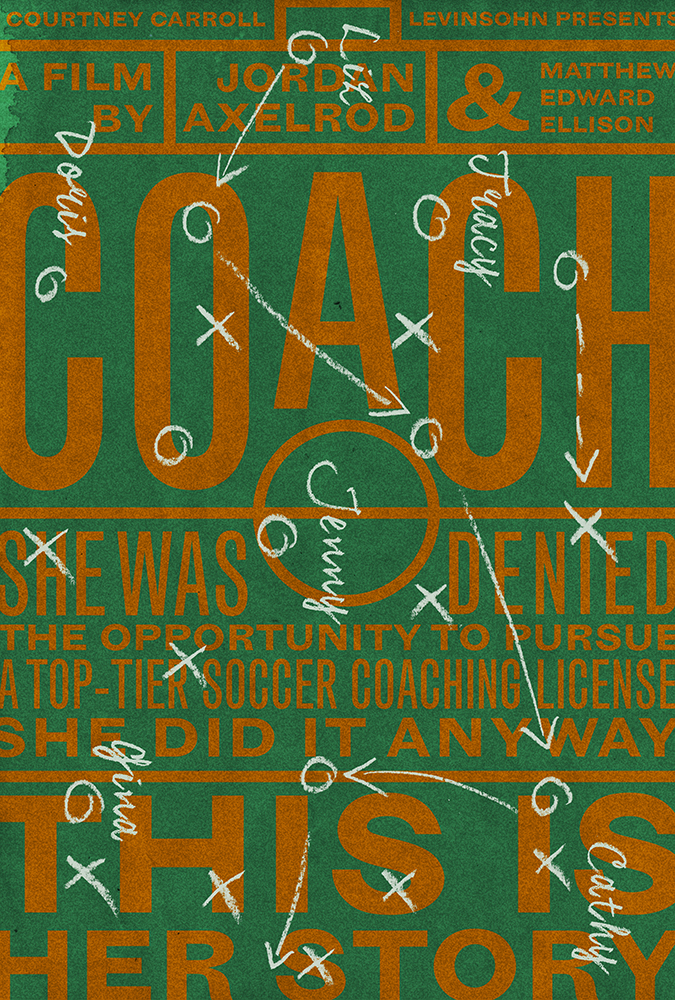 film poster for the short film, coach.
coach is a short documentary film about a female american soccer coach striving to attain a top-tier international coaching license in a field long dominated by men. producer courtney levinsohn encouraged us to produce a series of politically motivated posters in support of the film. one of which you can see here.
imdb.com/title/tt7962246