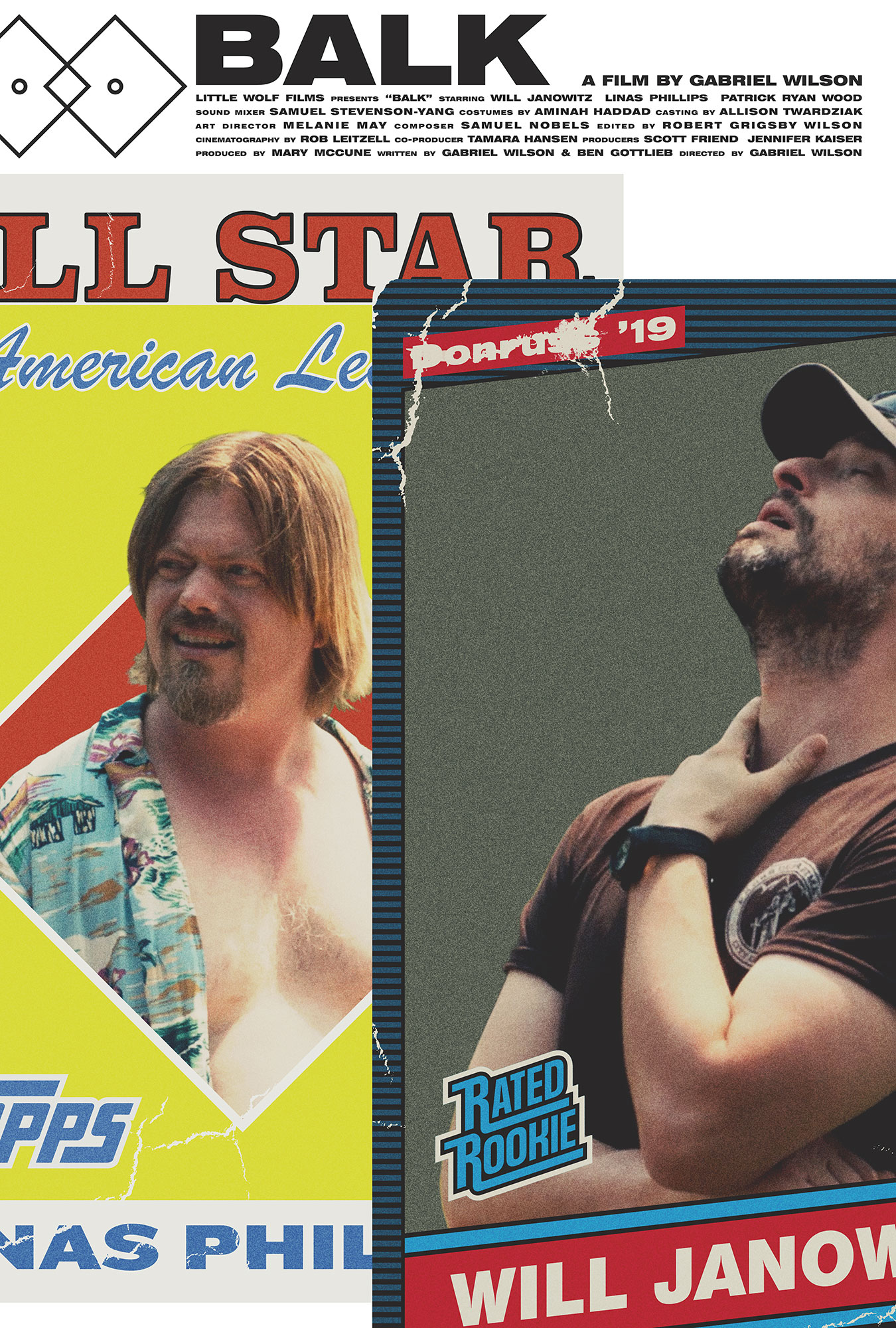 film poster for the short film, balk.
director gabriel wilson was after a poster that captured the essence of his twisted little-league baseball comedy. we pitched the idea of using baseball cards in an psychological character reference capacity and he took to it. we don't often dabble in comedies but it turned out to be a worthwhile experiment. gabriel also had us do the titles for the short, which are of quite a different ilk.
imdb.com/title/tt8750864