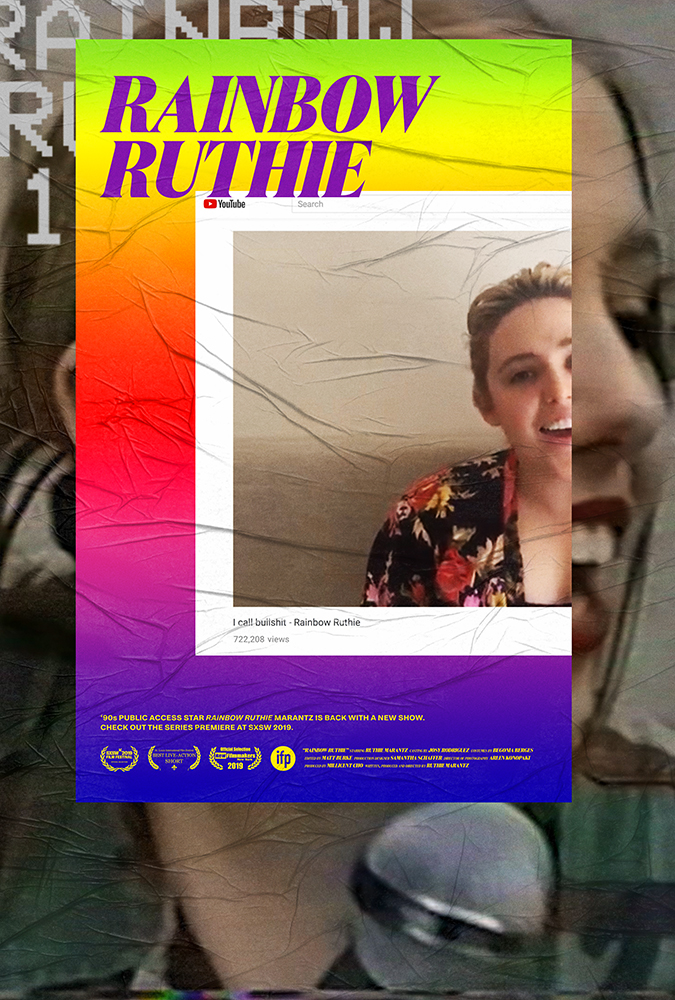 poster for the TV show, rainbow ruthie.
millicent cho and ruthie marantz sent us the pilot episode of rainbow ruthie, which had just gotten into SXSW film festival. the show contains VHS footage of ruthie's real life teenage years as 'rainbow ruthie' the public access TV show star, and picks up 20 years later as we see ruthie take on that role again as a youtube star.
the poster we made is a composite of two posters, one we reimagined from the streets of new york in the 90s, and the other a new poster for the new show. both we depicted wheat-pasted to a wall in new york,  juxtaposed in a fashion that felt fitting to the entire experience of watching the new show.
imdb.com/title/tt5696172