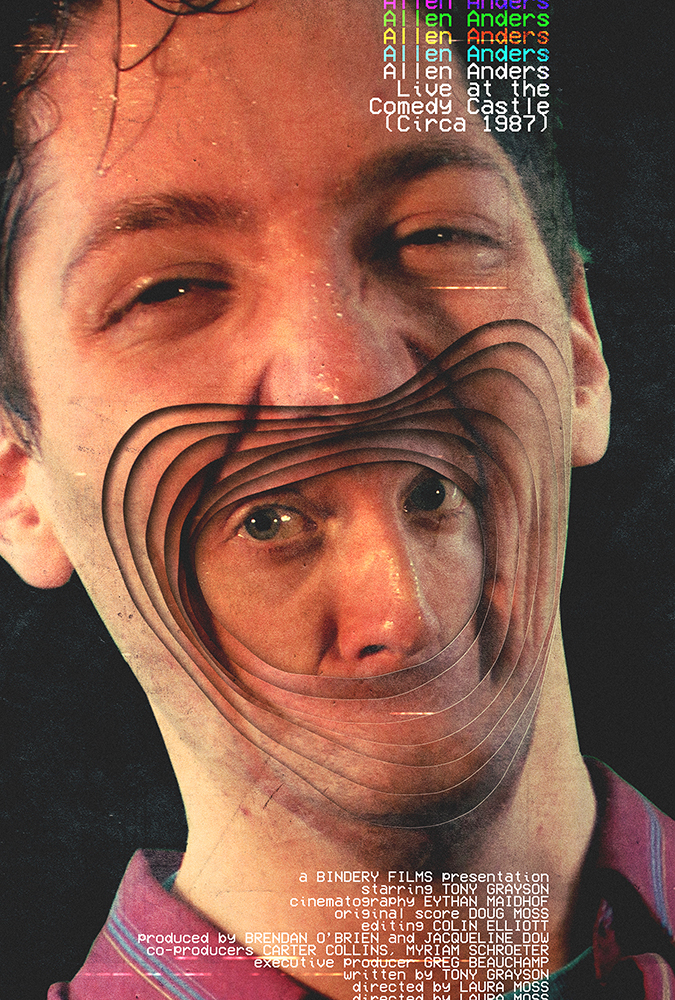 film poster for the short film, allen anders live at the comedy castle (circa 1987)
as part of our ongoing collaboration with writer / director laura moss, this is our poster for her new short film. allen anders is a film that plays with existential horror and after several viewings and some discussions with laura, this image you see here was the result. we cannot recommend the film enough, particularly as this poster is in some ways an illustration of what the film conjures in your mind, if not what you see on the screen.
lauramoss.nyc/allenanders