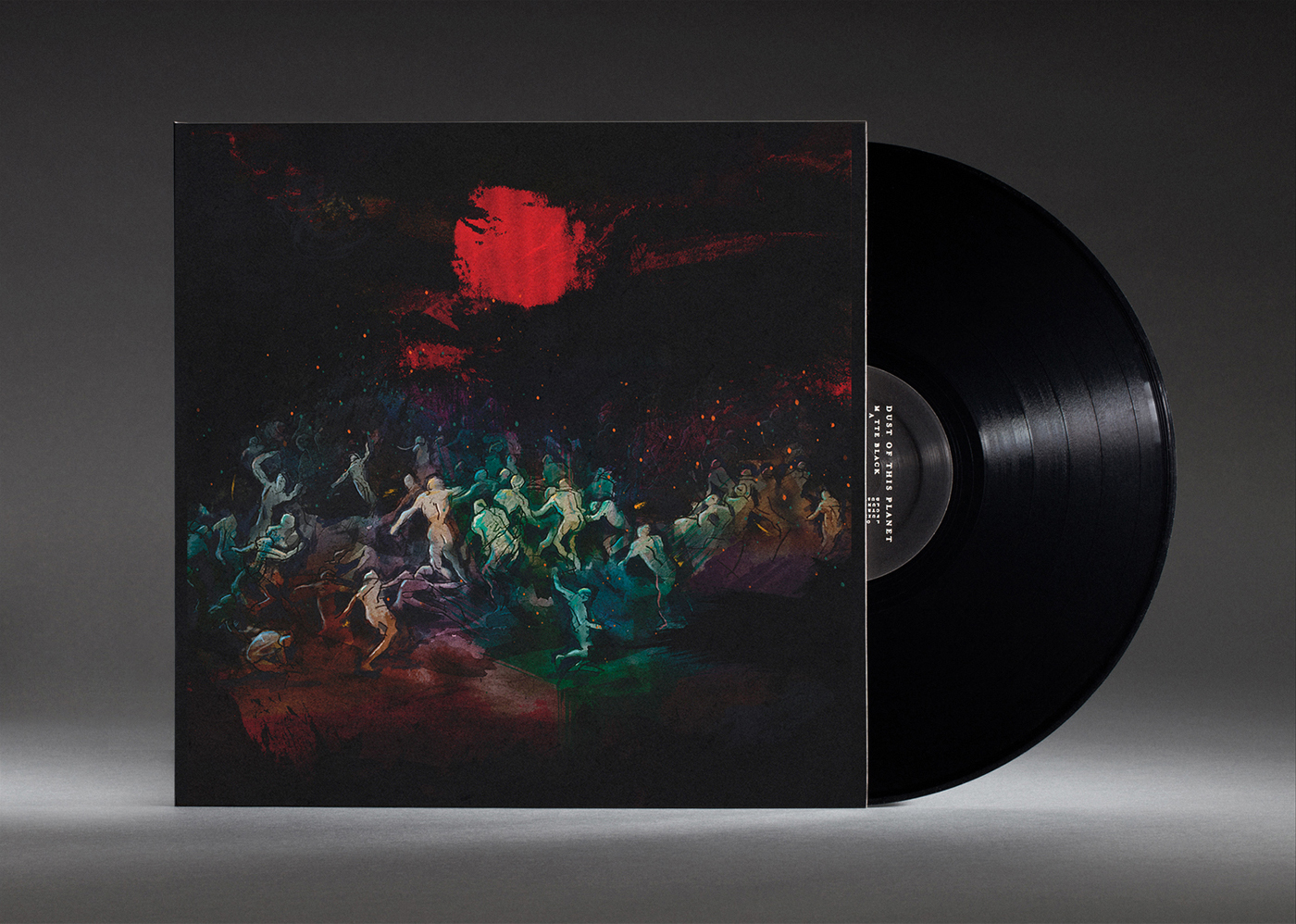 artwork for matte black's second album, dust of this planet.
matte black are old friends and with the release of their sophomore LP they asked that we handle artwork duties. the record's closing track 'time's arrow' immediately conjured an image in our heads of a mass of people running from something toward a great darkness. caspar asked his father, thomas newbolt, to draw such an image in pencil and watercolour. caspar then worked on it digitally until it reached the form it is in now.
matteblackband.com